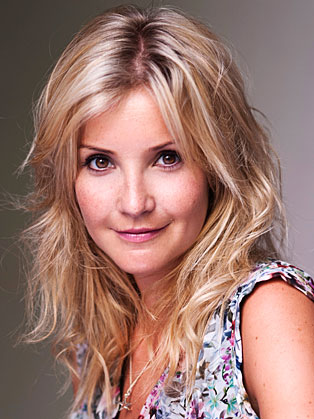 Helen Skelton is best known for co-presenting the BBC children's programme Blue Peter from 2008 until 2013 and as a regular relief presenter on Countryfile since 2008.

With such an active background it was inevitable Helen Skelton would become more involved in sports presenting, and at its launch in 2013 she was announced as the face of the Conference League and Women’s Football on BT Sport.

Most recently, Helen has presented the swimming and diving coverage at the Commonwealth Games, the London Marathon coverage for BBC One, she was part of the reporting team for the London 2012 Olympics, co-presented two series’ of BBC One’s Holiday Hit Squad and still appears regularly on Countryfile

Helen’s greatest passion in life is an adventure; and to date, she has completed the Namibia Ultra Marathon (becoming the second woman to ever do so), has kayaked over 2000 miles down the Amazon for Sport Relief (breaking two Guinness World Records en route), completed a 66m high wire walk between the towers of Battersea Power Station and in 2012, Helen travelled 500 miles across Antarctica to the South Pole by ski, kite and bike. She became the fastest person to travel 100km by ski, breaking yet more World Records.