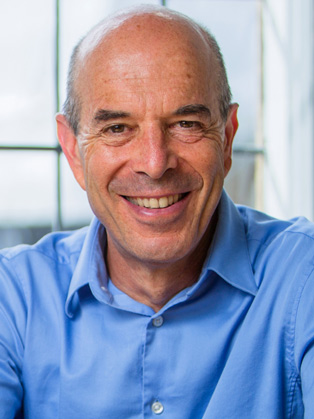 Professor Ian Goldin is Director of the Oxford Martin School and a Fellow of Balliol College, Oxford.

Ian Goldin is Director of the James Martin 21st Century School at the University of Oxford. Ian was Vice President of the World Bank from 2003-6 and prior to that the Bank's Director of Development Policy from 2001-3. From 1996 to 2001 he was Managing Director of the Development Bank of Southern Africa and served as an adviser to President Mandela. He succeeded in transforming the bank to become the leading agent of development in the 14 countries of Southern Africa.

Professor Ian Goldin is the founding Director of the Oxford Martin School at the University of Oxford and the University Professor of Globalisation and Development. He is also Professorial Fellow at the University’s Balliol College. The Oxford Martin School brings together over 300 leading scholars in interdisciplinary teams to address critical global challenges. Ian was until 2006 Vice President of the World Bank and the Bank Group’s Director of Policy and member of the Bank’s key committees.  Prior to 2001 Ian was Chief Executive of the Development Bank of Southern Africa, which is the largest infrastructure and project finance funder in the 14 countries of Southern Africa. At this time Ian also served as Economic Adviser to President Nelson Mandela. He accompanied President Mandela on his major international trips, served on numerous Government Committees and Boards and was Finance Director for South Africa’s Olympic Bid. Previously, Ian was Principal Economist at the European Bank for Reconstruction and Development (EBRD) and Head of the Trade and Environment Programs at the Organisation for Economic Cooperation and Development (OECD) Development Centre in Paris.

Ian has been knighted by the French Government and nominated Global Leader of Tomorrow by the World Economic Forum. He has extensive private sector experience, including as an independent non-executive director for a number of listed companies.  He is the Senior Independent Director of CDC Plc, which focuses on private investment in Africa, and in recent years has been a NED on the Old Mutual, Skandia and Implenia AG boards.  Ian has worked in over 50 countries, and has served as an advisor to numerous firms, governments and organisations. His non-profit engagements include as a Trustee of Comic Relief, the Overseas Development Institute and other charities.