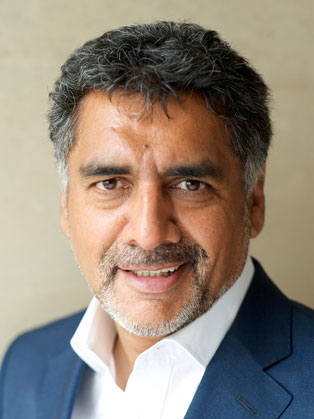 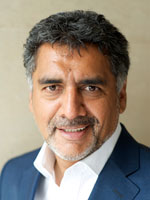 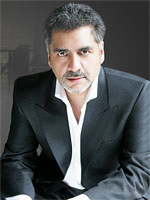 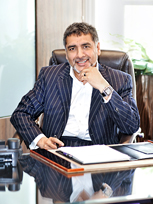 His role on the BBC programme, Dragon's Den, James Caan is one of the UK's most successful entrepreneurs.

James Caan has been developing and selling businesses for over 20 years, and has become one of the UK's most successful entrepreneurs. His success sparked from the international blooming of recruitment companies including the Alexander Mann Group and Humana International. Recently he has been seen to invest over £1million in his role on Dragon's Den over 4 series.

James Caan is one of the UK’s most successful and dynamic entrepreneurs. He made his fortune in the recruitment industry, which included the global success of his companies, Alexander Mann Group and Humana International, and has been building and selling businesses ever since. In 2004 he founded private equity firm Hamilton Bradshaw based in London’s Mayfair. The company specialises in buyouts, venture capital, real estate and now manages a portfolio of over 30 companies. James is best known for joining the panel of the hit BBC2 TV show, Dragons’ Den where he invested in 14 companies and committed over £1m of investment, over 4 series.

In 2011 James launched a property venture, HB Real Estate, to target investments in prime London residential and commercial real estate assets. The new division has raised a £100m fund and has made its first acquisition, a residential asset in prime Knightsbridge with an estimated GDV in excess of £30m.

James supports a variety of government initiatives including The Entrepreneur’s Forum; James was selected to join a panel of high profile business people who meet regularly to debate their views on enterprise policy.

James is heavily involved with charity and set up The James Caan Foundation predominantly to help underprivileged children get access to education.

James has written two best selling books, The Real Deal, an autobiography and Get the Job You Really Want, based on his 30 years of experience in the recruitment industry. The book reached No. 1 in 3 categories on Amazon and was the best-selling practical business book of 2011.

James is passionate supporting small businesses and recently launched a free app, James Caan Business Secrets. The app was the fastest downloaded business app of 2011 and is regularly ranked in the Top 100 apps ever in Apps Magazine.

In his latest book, Start Your Business in 7 Days, James aims to use his experience to advise the new generation of entrepreneurs by helping them work out if their business idea really is workable and bankable. Start Your Business reached No. 2 in the Amazon business chart, within two weeks of launching.