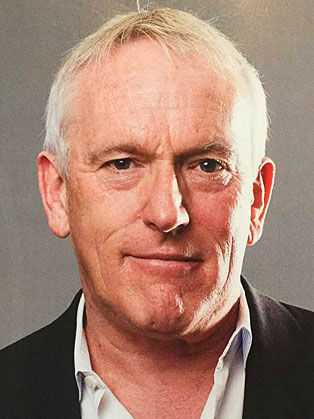 James Woudhuysen is a journalist and the author of several books specialising in future trends.

James Woudhuysen expertise spans IT, energy, construction, manufacturing and retailing. He has a knack for spotting trends before others, frequently offering counter-intuitive proposals on what action to take.

Former Professor of Forecasting and Innovation at De Montfort University, Leicester, James Woudhuysen has a knack of registering trends before other people, and offering counter-intuitive proposals on what to do about those trends.

His diverse contributions span five decades, including helping to install and test Britain’s first computer-controlled car park in 1968; writing about chemical Weapons of Mass Destruction in The Economist, 1978; co-directing Britain's first major study into the future of e-commerce in the 1980s; working for the Henley Centre, Britain's best-known think-tank on EU markets, where he built up the firm's forecasting on the broader future of IT and proposed, in 1992, that the Internet be delivered over TV; reorganised worldwide market intelligence at Philips Consumer Electronics, 1995-7; issuing a devastating critique of America’s dot.com boom, 1999; forecasting today’s obsession with work-life balance in 2000; upholding 3G mobile communications in the face of massive doubts, The Guardian, 2002; and influencing UK government policy in favour of the mass production of housing, 2004.

His most recent book, Energise!: A Future for Energy Innovation co-authored with Joe Kaplinsky, is a powerful treatise which, rather than disputing the nature and extent of climate change, analyses humanity’s response to it.

Speaking: technology, economics, politics and sociology of innovation in energy, IT, retailing and cities. They are polemical, controversial, and – above all – they make people think. They are never ‘death by Powerpoint’. Also, they show courtesy and good sense by relating my remarks to what other speakers have said on the day (a dying art).