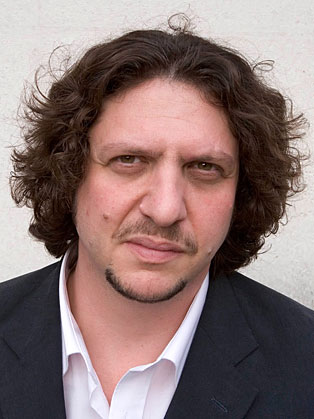 Jay Rayner is The Observer's restaurant critic and a novelist.

Jay Rayner is a British journalist, writer, broadcaster and food critic. His television appearances have earnt him the nickname Acid Rayner due to his sour demeanour.

Jay wrote and presented a documentary for Dispatches entitled The Truth About Food Prices, which was watched by 2.2 million people, and continued his success with The True Cost of Cheap Food, which rated even higher. His regular slot on the One Show's 'Foody Friday' is one of many frequent contributions to prime-time television shows exploiting his expertise as one of Britain's top food critics. Recently Jay has appeared as judge on Masterchef and The Great British Waste Menu, and he has hosted Channel 4's magazine show Food: What Goes in your Basket? Further afield, Jay has sat on the judging panel of Top Chef Masters in the United States. On radio, Jay chairs the BBC Radio 4 food panel show, The Kitchen Cabinet.

His broadcasting work as a presenter for the BBC has brought him two Sony Radio Award nominations and a Sony Gold, as anchor of Papertalk; a programme about the British newspaper business. He has also been nominated in the Commission for Racial Equality's Race in the Media Awards, for his reporting of race crime in Britain, and for the Mental Health Media awards, for his work on mental health issues.

Jay is the regular food critic for the Guardian and Observer newspapers.