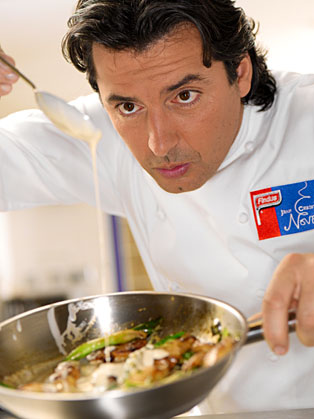 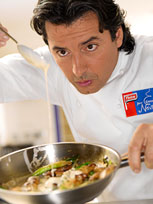 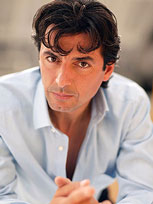 Jean-Christophe is a nationally adored and world-class chef.

Jean-Christophe was born in France where he left school at the age of 14 to become a baker. From there, Jean-Christophe has excelled to the top of the culinary world. Becoming a professional chef at the age of 20, winning his first 2 Michelin stars as Chef Patron at the Gordleton Mill. Jean-Christophe now owns restaurants all around the world, and has opened his own cookery school to pass on his gift to others.

Jean-Christophe Novelli, the nation’s favourite French Chef, began his exciting career at the age of fourteen as a baker in his home town of Arras, Northern France, becoming head private Chef to Elie de Rothschild in Paris before the age of 20.

Jean-Christophe's life changed completely when he arrived in Great Britain in 1983. Jean-Christophe spent a year helping his mentor and best friend Keith Floyd, taking care of his pub as Head Chef whilst Keith was filming his famous TV Shows.

In recent years, Jean-Christophe was Chef Patron at Novelli at Auberge du Lac, Brocket Hall in Hertfordshire and also Novelli in the City, London Capital Club. After a successful three year relationship and putting both restaurants on the international map, Jean-Christophe decided to move on to new ventures.

The Novelli Academy opened its doors on April 22nd 2005 and was voted up amongst the ‘Top 25 Cookery Schools in the World' within 3 months. Jean-Christophe restored part of his 14th century Hertfordshire farmhouse to accommodate the Novelli Academy in his own home.

Jean-Christophe opened his first British gastro pub on Friday 13th January 2006. 'A Touch of Novelli' at The White Horse in Harpenden, Hertfordshire this is one of many new Novelli gastro pubs planned around the country and opened to rave reviews from diners, locals and celebrities alike.

He has been described as having the ability to make women "Swoon at the flick of his whisk!" and Harpers & Queen in 1999 described Jean-Christophe as the "5th most alluring man in the world”, “World’s Sexiest Chef” (New York Times) and voted by sky viewers one of the “Top 50 most beautiful men”.

Jean-Christophe's TV Career is going from strength to strength and he has appeared frequently on British screens throughout 2007. The Hell's Kitchen star, who featured in a breathtaking endurance documentary show 'Alive' filmed in extreme sub-zero temperatures in the snow-capped Andes mountains, also appeared on the digital UKTV 'Food Uncut’, not forgetting X Factor 'Battle of the Stars', 'Family Fortunes', ‘Al Murray’, ‘Ant & Dec Saturday night takeaway’ and ‘The Apprentice – you’re fired’.

In September Jean-Christophe was awarded an Honorary Doctor of Arts from Bedfordshire University for his 30 years in the trade and achievements in cooking. Jean-Christophe is only the 3rd Chef in history to achieve this recognition!