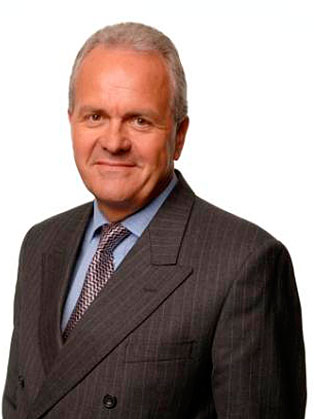 Known for hosting SKY News' Jeff Randall Live and a columnist for The Daily Telegraph.

Jeff Randall is one of the UK's leading business commentators. He is Editor-at-Large of The Daily Telegraph, and a regular presenter on Sky News and Five Live. Known for speaking his mind, Jeff's speeches mix crystal ball gazing with an insider's take on the runners and riders. As one of the UK's best known and most influential business commentators, Jeff proves to be an ideal moderator and host at various conferences throughout the country. Being relaxed and highly professional he draws on his extensive media experience to provide audiences with a truly memorable event.

Jeff was appointed Editor-At-Large of the Daily Telegraph in November 2005, after nearly five years as the BBC's Business Editor and writes a twice-weekly column for the newspaper.

In addition to ‘Jeff Randall Live’ on Sky News, he has also made documentaries for ITV and Radio 4 and between 2004-2007, Jeff presented a regular show on Radio Five Live.

Jeff joined the BBC from Sunday Business, which he edited from its launch in February 1998. Under his editorship, Sunday Business won the Sunday Newspaper of the Year Award and the Harold Wincott Award for Financial Journal of the Year.

Before launching Sunday Business, Jeff was, over a period of nine years, Assistant Editor, Sports Editor and City & Business Editor on the Sunday Times. He was also a Director of Times Newspapers (1994-95).