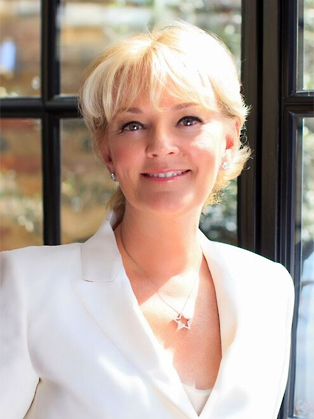 Jo Malone is best known as an ‘English scent maverick’ and the woman responsible for creating some of the world’s most loved fragrances.

Jo Malone is an English scent maverick who created some of the world's most favourite and loved fragrances. She launched both Jo Malone London and Jo Loves, before being awarded a CBE in 2018 for her services to the British Economy and the Great British campaign.

Jo Malone was originally a facial therapist; she fell in love with fragrance whilst working from her discreet skin care clinic, which she set up from her London home. Discovering her talent for creating scented products by hand in her kitchen. The word of her exceptional potions spread fast and soon Jo was unable to keep up with demand.

From this, Jo launched “Jo Malone London” which gained a huge cult following all around the world. Her first store opened in 1994 and four years later she launched within the Bergdorf Goodman department store in New York City.

Jo sold the business to Estee Lauder Companies in 1999 and remained the Creative Director until she left in 2006. Two years later she was honored with an MBE for her services to the beauty industry.

Jo realised that it was falling in love with cooking that inspired her to play around with flavours and colours that she had never used before. Being back in her kitchen, blending ingredients by hand and excited by the process, she soon realised that her instincts were prompting her to create fragrance and she found herself wanting to do it again.

Five years after leaving Jo Malone London, in 2011 she launched her new brand Jo Loves to global anticipation and in 2013, she opened her first Jo Loves store in Belgravia’s Elizabeth Street, where she began her career as a sixteen-year-old florist. Jo Loves embodies integrity, creativity and innovation.

Recognised for her industry expertise, she regularly shares her brand building experiences with audiences around the world, highlighting her entrepreneurial journey and how she intends to change the ways the world wears fragrance.

In 2018, Jo was awarded a CBE in the June 2018 Queen’s Birthday Honours List for her services to the British Economy and the Great British campaign, which promotes British creativity and industry on the international stage. She also contributes to consumer publications in addition to regular radio and TV appearances.

Jo’s autobiography ‘My Story’ was published in 2016.