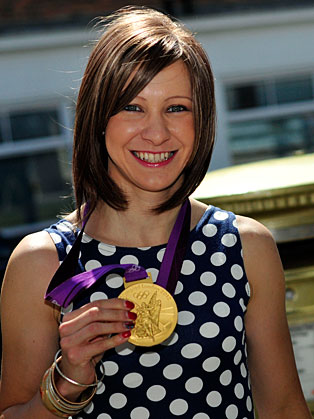 Joanna Rowsell Shand MBE is an English cyclist on the Great Britain Cycling Team who competes on track and road.

Joanna Rowsell Shand MBE is a female British cyclist on the Great Britain Cylcing team who competes on track and road. Joanna originally started cycling in 2003 not knowing the potential she had would lead on to something so special. She was then spotted by the British Cycling talent team who trained her from being a complete novice to the talent she is now. Her greatest successes to date are the gold medals won in the women's team pursuit at four editions of the World Championships, the gold medal in the same discipline at the 2012 London Olympics and the individual pursuit at the 2014 World Championship. Although it hasn’t always been smooth sailing for Joanna as she has suffered from Alopecia from a young age. She is an inspirational role model for many young females going through similar experiences but just proves that you can do anything once you set your mind to it.