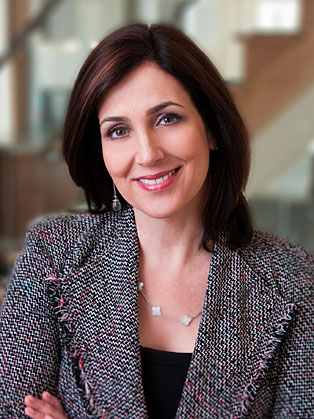 Joanna Shields is veteran of the tech industry best known for her involvement with business companies Facebook, Google and AOL to name a few.

Baroness Shields is an Anglo-American entrepreneur, business investor and since 2014, serving British Government from 2014 to 2018, appointed OBE for services to digital industries and voluntary service, now a Life Peer of the House of Lords and CEO of BenevolentAI and Board Member for the Child Dignity in the Digital World Alliance.

Joanna Shields OBE was born in Pennsylvania and studied Business Studies at Penn State University. Since 1987 she has developed and grown some of the world’s bet known technology companies including AOL, Bebo, RealNetworks and Facebook.

She was Vice President and Managing Director of Facebook in Europe, Middle East and Africa, prior to which she served as President of People Networks at Aol, a position she assumed after the acquisition of Bebo by Time Warner's Aol unit. At Bebo, Shields was CEO, leading the company's growth to 50M users and eventual acquisition for $850 million. Prior to this position she worked for Google as Managing Director of Europe, Russia, Middle East & Africa.

Shields was appointed OBE in the 2014 New Year Honours List for "services to digital industries and voluntary service to young people".

In 2013, Joanna was asked by the Prime Minister to lead a UK/US Taskforce to combat online abuse and exploitation. To fulfill that mission, she created WeProtect (www.weprotect.org), a global alliance of over 60 countries, law enforcement agencies, NGOs, civil society organisations and technology leaders aimed at developing technology solutions, national response systems and global cooperation to eradicate child abuse and exploitation from the internet and to bring perpetrators to justice.

In May 2014, following the UK General Election, the Prime Minister appointed Baroness Shields Minister for Internet Safety and Security. She serves as a joint minister between the Home Office and Department for Culture, Media and Sport as Under Secretary of State.

Her Ministerial remit is to make the internet safer by working to curb online abuse, exploitation, access to harmful content including terrorist and extremist material and to promote safe, open access to the internet for everyone.

Baroness Shields was appointed Chief Executive Officer of BenevolentAI in 2018, the world leader in the development and application of artificial intelligence and machine learning to understand the underlying causes of disease, accelerate drug discovery and develop new medicines for hard to treat diseases.

A charismatic and inspiring speaker,  she specialises in: