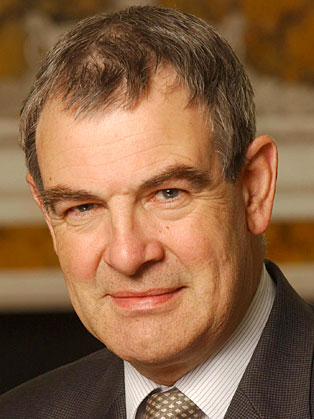 John Gieve served as Deputy Governor of the Bank of England from 2006 to 2009. He was also a member of the Monetary Policy Committee and sat on the board of the FSA.

John Gieve is a former British Civil Servant, who served as Deputy Governor for Financial Stability of the Bank of England and an ex officio member of the Monetary Policy Committee from 2006 to 2009.

Sir John Gieve joined the Civil Service in 1974 working in the Department of Employment. In 1979 he moved to the Treasury to work on employment, energy and them as private Secretary to the Chief Secretary. From 1984 to 1986, he served as an Investment Controller at 3i in its London office, then returned to the Treasury. From 1989 he was Private Secretary to three Chancellors: Nigel Lawson, John Major and Norman Lamont. He then headed the directorates responsible for banking, the Budget, public services, and financial regulation.

From 2001-2005 he was Permanent Secretary at the UK Home Office which had lead responsibility for criminal justice, counter terrorism, policing, prisons, and immigration, as well as relations with the voluntary sector and race equality.

He served as Deputy Governor for Financial Stability of the Bank of England from 2006 to 2009. He was a member of the Monetary Policy Committee and had responsibility for the Bank's financial stability work, sitting on the board of the FSA, the UK regulator of financial services and on the Financial Stability Board which coordinated the international response to the financial crisis

Sir John Gieve is the Chairman of VocaLink, the main provider of payment systems in the UK, and an independent director of CLS which settles most global foreign exchange transactions and of Morgan Stanley International of which he was director between 2012 and 2015. In the not-for-profit sector, he is Deputy Chairman of the Homerton NHS Foundation Trust and soon to become Chair of Trustees of Nesta, an innovation foundation. He is a visiting professor at the School of Public Policy in University College London.