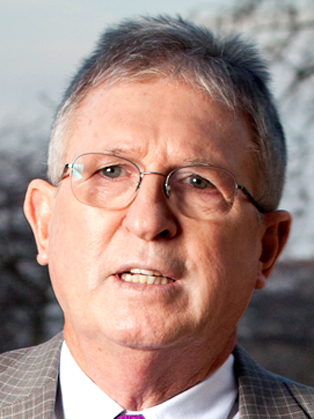 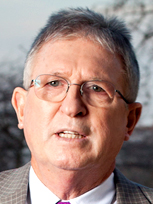 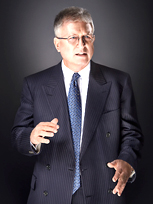 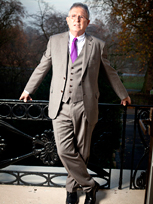 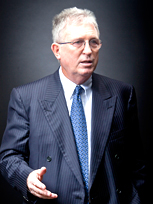 Entrepreneur and philanthropist John Griffin founded Addison Lee in 1975, starting in Battersea with a single car, but expanded to over 4,500 minicabs in service today.

After beginning a career training as an accountant, John was forced to give up his apprenticeship and focus his efforts on rescuing his father’s business, working as a minicab driver to make ends meet during this period. Having helped his family firm and following the birth of his two sons, John was inspired to start his own business and came to the conclusion that he could run his own minicab business a lot more successfully than the companies he had worked for. Founded in Battersea in 1975 with just one car, Addison Lee now carries 10 million passengers and couriers 1 million deliveries a year.

After being born above a shop in Willesden High road during World War 1 was immediately whisked off to Ireland to avoid the bombings in London. My idyllic upbringing in the west of Ireland was brought to a halt when I was aged 9 and we re-joined my father in London. I failed my 11 plus so my parents sent me to a private school called The Challoner School for Boys. Just prior to taking my O level exams I joined a good friend of mine on a camping trip, largely because he had all the equipment and I had none. After camping in a field one night I noticed that we shared our space with what I thought was a very healthy looking cow. In a blatant act of showing off I milked the cow and we drank its fresh warm product, unfortunately the cow had TB which it passed onto me. I then lost almost two years of my schooling in hospital and convalescence and entered the world of work without any visible qualifications.

Undaunted, I took on a number of jobs, none of which were career moves but they gave me the confidence to believe that I had enough talent and skills to survive. I noticed that most successful companies employed the services of an accountant and I therefore bluffed my way into becoming articled to an accountant with a view to entering the profession. Two years in I became aware that my father business was in difficulties. I gave up my accountancy ambitions and set about rescuing what I could from my father’s small road works labouring company. I managed to save the family home and helped my father to become a clerk of works for Islington Council. While all this was going on, to pay my bills I took up driving a minicab. Some years later I became the proud father of two sons and decided it was time for a change of career. It occurred to me that the minicab industry was very badly run and my short burst of accountancy training might give me an edge. It certainly did, when I joined Ambassador Radio Cars in the September I became director of the company by the following February. I then began to hatch a plan for starting my own company.

One evening by chance I was introduced to an individual who had given up on a minicab office in Battersea as he was now making a lucrative living driving Robert Stigwood, the manager of the famous pop group The Bee Gees. I did a deal with him when I cleared all his tax problems, I actually got him a £4,000 refund which he was happy to share with me, I re-registered his VAT and that killed off another claim and managed to convince the company that hired him his radio equipment that they were in breach of their hire contract as the equipment was old and no spare parts were available. I then decided to choose a company name. A telephonist in the office remarked that when he was living in a dingy squat in Addison Gardens near Shepherds Bush everyone believed that this was a very posh address although I felt that on its own it did not sound quite right so I added Lee and on the 1st of April 1975 at 35 Queenstown Road, London Addison Lee was born with one driver in a market with over three thousand competitors.

Addison Lee then became a victim of its own success and with no help from the bank I was forced to sell half the business for £6,000. The purchaser was someone whose name I am happy to say I have forgotten. He became a nightmare to work with and so I sacked him. He then advertised his shares in a north London publication and he introduced me to a former bookmaker Lenny Foster. We worked well together and after a time he reverted back to running his betting business from a flat we had acquired above our shop. Lenny introduced me to his son Daryl who was working for an estate agent in Edgware. Daryl was persuaded by both me and his father to join the company. My own two sons Kieran and Liam came into the business and became a part of a very strong team.

The company grew in leaps and bounds. We reached a position where we were 10 times the size of our nearest competitor providing gainful employment to over 5,000 people. By standardising our vehicles we developed a brand that became synonymous with good service and well trained drivers.

Along the way we have been approached by a number of companies all of whom wasted our time with complicated offers that amounted to them buying us with our own money. In about January 2013 the Carlyle Group, a global asset management company, approached us with an offer that we could not refuse. The deal was completed in a very short space of time and Carlyle paid the agreed price, on time and in one payment.

In 2009 I was presented the Entrepreneur of the Year award by Ernst and Young I felt that I was a one trick pony and set out to see if I could be successful in another field of business. I am now chairman of Irish TV, a new channel with a potential audience of over 90 million viewers globally, along with a substantial share in the Royal Mint Gardens Development near Tower Bridge. I am also chairman of Sales Science Ltd, a company that has developed the finest puncture repair kits produced under licence to the RAC (Royal Auto Mobile Club). I also have investments in Brazil which involve a large site of Iron Ore presently being monitored by Deutsche Bank. I am also, as chairman of Change London Patron Group, personally sponsoring at a cost of £1 million, air sensors on 50 schools in London. We hope to be able to show the extent of pollution in London and help youngsters understand for themselves the damage they are suffering from pollution. We are already working with them and others to provide solutions for the future.

I have now formed the John Griffin Foundation which will build a new extension to the Northwick Park Institute for Medical Research for which I have personally committed £10 million pounds.