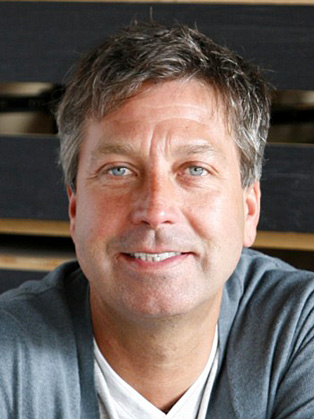 John Torode is house-hold name in the cooking world, and is best known as a presenter of the BBC’s Masterchef and Celebrity Masterchef.

Australian chef John Torode is the co-presenter of the MasterChef programmes. He and co-presenter Gregg Wallace have become household names guiding and judging nervous chefs as they aim to become MasterChef. John is also a successful restauranteur.

Australian by birth, John is credited as one of the main players in introducing Australasian food to the UK in the mid-1990s. In 1992 he joined the Conran Group, starting out at Pont de La Tour before becoming Sous Chef at Quaglino's. In 1995, John became Head Chef for the launch of Mezzo in Soho; at the time one of Europe's largest restaurants.

He opened Smiths of Smithfield in 2000. The four-floor Grade-II listed restaurant, private dining room and café, located in the heart of Smithfield Market, continues to be a roaring success and a firm fixture on both the restaurant and bar scenes. John recently opened another multi-storey operation, The Luxe, at Spitalfields Market.

John is passionate about sourcing the Best Of British produce, particularly within the meat industry, where he has long been a champion of rare breeds. In his quest to source the very best produce for Smiths, he has built strong relationships with many small farmers & butchers throughout the UK and aims to share his knowledge through his widely distributed "Fine Meat List". John has just produced a new cookbook (his third), namely John Torode's ‘Beef’ and other bovine matters. In this meaty book, John not only gives us every which way to cook with beef but also gives the history and importance of great and rare breeds, butcher's recommended cuts and true head to tail eating.

John became a familiar face to TV audiences back in 1996 as the resident chef on ITV1's ‘This Morning’ with Richard and Judy; a role in which he continued for four years. Since 2004 John has paired up with Gregg Wallace, handing out feedback, criticism and support to hundreds of hopefuls aiming to be crowned ‘MasterChef’ (or indeed ‘Celebrity MasterChef’). He is a frequent panellist on ‘The Wright Stuff’ for Five, a regular guest chef and host on ‘Saturday Kitchen’ for BBC1, has appeared as an expert panellist on ‘The Apprentice: You're Fired’ for BBC2 and a popular guest on shows such as ‘The One Show’, ‘Loose Women’, ‘The Alan Titchmarsh Show’ and ‘BBC Breakfast’, as well as numerous radio programmes. He has also read ‘Bedtime Stories’ on the CBeebies channel.

A well-known food writer, John regularly contributes to Olive and BBC Good Food magazine, as well as Red magazine and has supplied numerous articles for the Guardian, Mail and Observer newspapers.