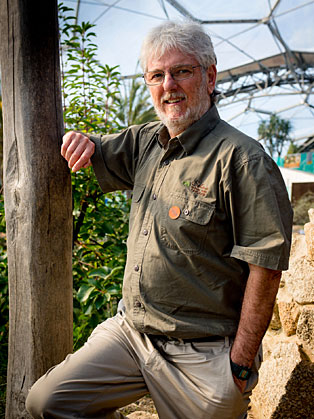 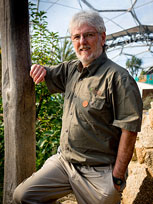 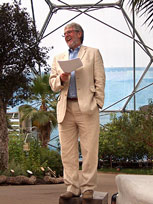 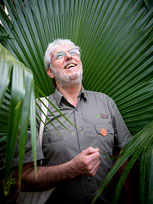 Jonathan Ball’s story tells of the extraordinary events, which were part of the evolution of the Eden Project and the passion and commitment he has to ensure that no harm can come to this project, which does so much for Cornwall.

Jonathan Ball lives in Bude, Cornwall and credits his involvement with the Royal National Lifeboat Institution (RNLI) as amongst the most important aspects of his life – there can be no greater commitment to humanity than going out to sea in stormy conditions to rescue people who are in distress. He co-wrote the paper that brought the RNLI into Beach Lifeguarding in Britain and in 1989 he was awarded the RNLI lifeboat crew Long Service Award and in 2002 he was awarded the Queen’s Golden Jubilee medal for service to the RNLI.

Jonathan joined the crew of Bude Lifeboat in 1966 serving until 1993 serving the last eight years as Senior Helmsman. Upon retiring from the crew in 1993 until 2007, Jonathan served as Deputy Launching Authority for Bude Lifeboat then served on RNLI Council from 2007 – 2013.

As well as this, in the world of architecture, which Jonathan so enjoys, he set up practice in his hometown of Cornwall in 1974 and in 1992 he was appointed MBE for Services to Architecture.

In 1994 Tim Smit approached him with an idea to create the largest greenhouses on planet Earth to tell the story of the great plant hunters. Smit and Ball took huge personal risks as co-founders of the innovative architectural and environmental vision that became the internationally acclaimed Eden Project. Ball was removed from Eden against his will. Without due recompense he lost his architectural practice. Three high profile appearances in the Royal Courts of Justice over four years followed to save his name, his family home and his professional reputation. This is the story of one man's unflinching resolve and success in righting a public wrong, of a Cornishman looking to the glory of his nation and finding that enthusiasm, brilliant ideas and promises are not always enough.

Jonathan has been on the conference and after dinner circuit since his student years but his early Eden experiences have put him in demand to talk about the project, and the process of its creation. After his journey though the Royal Courts of Justice he has become knowledgeable in the area of intellectual property protection and the safeguarding of creative ideas. This hard won experience has resulted in many requests from audiences wanting to know how a citizen from a small town in Cornwall survives such a demanding assault to wellbeing.