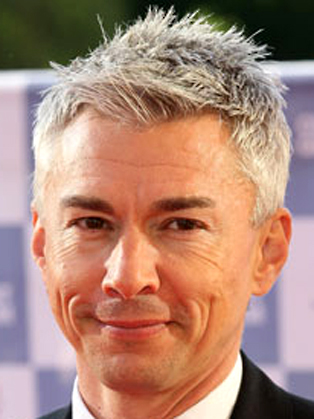 Jonathan is regarded as the finest triple jumper of all time.

The finest triple jumper of all time, Jonathan Edwards is the former Olympic, Commonwealth, European and World Champion - and the current world record holder. He was an ambassador for the London Olympics bid before becoming a key member of the Organising Committee.

Jonathan’s extraordinary achievements have earned him a place in history as one of the world’s greatest and most admired athletes. He made the record books in 1995 when he broke the World Record at the World Championships in Gothenburg with an amazing jump of 18.29m in the second round; to date no one has even come close to this distance.

It was the BBC who first recognised Jonathan’s potential off the track and he naturally became one of BBC Sport’s key pundits and commentators covering all the major athletics events including the Olympics in Athens 2004 and Beijing 2008. Jonathan presented the Canoe Slalom and Athletics morning sessions of the London 2012 Olympic Games live from the stadium for BBC Sport and joined the commentary team for the evening sessions, as well as presenting live from the Diamond League events for BBC 3’s coverage. Jonathan also presented the morning programme of the London 2012 Paralympic Games for Channel 4 with Daraine Mulvihill.

Since retiring in 2003, Jonathan has been a key member of the BBC Sports team lead, presenting all the major athletics events, including: the Olympics in Athens 2004 and Beijing 2008; the Canoe Slalom; and Athletics morning sessions of London 2012, live from the stadium, and joined the commentary team for the evening sessions. Jonathan also presented the morning programme of the London Paralympic Games, for Channel 4, and hosted the inaugural Invictus Games for the BBC.

Since 2013, Jonathan’s presenting responsibilities have extended further; anchoring the BBC’s broadcast of the Prudential Ride London; the London Marathon, his first Cycling World Championship; and the morning sessions at the athletics World Championships. 2014 saw Jonathan anchor some of the main sporting events of the year, being a valued part of both C4′s coverage of the Winter Paralympics, the BBC’s coverage of the Winter Olympics, and the Commonwealth Games.

Jonathan is an accomplished, eloquent public speaker, and particularly relishes facilitator and hosting roles. He has undertaken events for some of the best known blue chip companies such as: Lloyds, BP, Adidas, Coca–Cola, Deloitte and Panasonic.