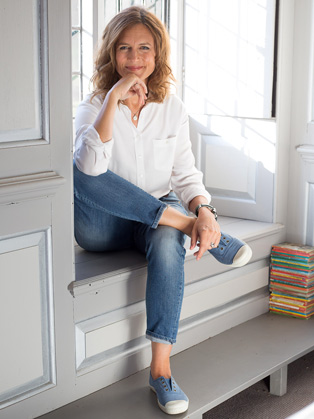 Katie Derham is an English newscaster and presenter on television and radio.

Katie Derham hosts arts programming for the BBC, particularly coverage of the Proms for Radios 2, 3 and 4. She was formerly senior anchor on ITV News, and co-presenter of London Tonight. She is also a seasoned media and arts correspondent, has her own show on Classic FM and regularly hosts the Classical Brit Awards at the Royal Albert Hall.

Katie Derham started as a researcher on Radio 4's Moneybox. She won an award for personal finance broadcasting on Five Live's Moneycheck, and went on to edit The Financial World Tonight before moving into television as a consumer affairs correspondent.

At ITV Katie continued her media and arts brief before promotion to become the youngest newscaster on British network television presenting all the channels main news programmes. She then returned to the BBC with programmes on Radio 3, Afternoon on 3 and Breakfast, and on Radio 4 with Traveller's Tree.

In September 2015 Katie Derham starred in Stictly Come Dancing where she reached the final.

Katie has also learned to conduct orchestral, choral and operatic music for the BBC2 show Maestro and re-learned to play the violin for First Love.