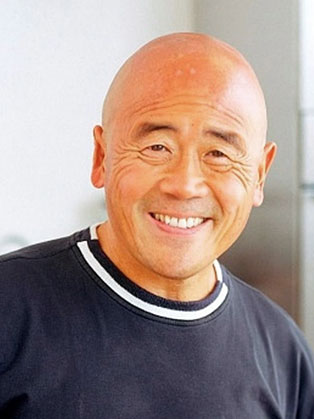 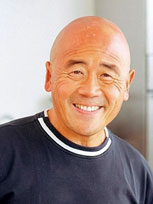 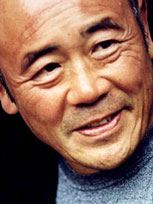 Ken is a world class chef.

Ken Hom OBE was born and raised in Tucson, Arizona – his Cantonese parents emigrated to the US in the 1920s. Growing up, he found American food unpalatable compared with his mother's cooking, so she sent him to school with a flask of hot rice and stir-fried vegetables, much to the envy of his friends. In 1969, Ken went to university in California, where he funded his tuition by giving cooking lessons. They proved to be so popular that he was recommended to the BBC by Madhur Jaffrey; Ken’s first Chinese cookery programme followed soon after. Ken has also taught many great chefs, including Charlie Trotter, who went on to open the famous Trotters restaurant in Chicago. Ken has cooked for many politicians, including Tony and Cherie Blair, the Prime Minister of New Zealand and the presidents Taiwan and France, as well as the Sultan of Brunei.

Making wok cookery an art form, Ken Hom OBE is regarded as one of the world's leading authorities on Chinese cookery.

Ken was born in Tucson, Arizona and raised in Chicago, Illinois, where his Cantonese parents lived after emigrating to the USA. Growing up he refused to eat American school food and his mother would send him in with a packed lunch box filled with Chinese delicacies. At the age of eleven Ken started work at his uncle's Chinese restaurant in Chicago after school and at weekends, about which he says, 'I did everything and it became my culinary education.'

His passion for cooking continued during his time studying art and French history at the University of California, when he gave cooking lessons to help pay his fees. As part of his degree, he travelled to France and immediately recognised the French love of good food: one reason why he has now made the country his home. When the BBC was looking for a Chinese chef to produce a new series he was recommended by Madhur Jaffrey who had seen him giving lessons. This was the start of his TV career with the series Ken Hom's Chinese Cookery in 1984. He has gone from strength to strength with over 12 books and four TV series.