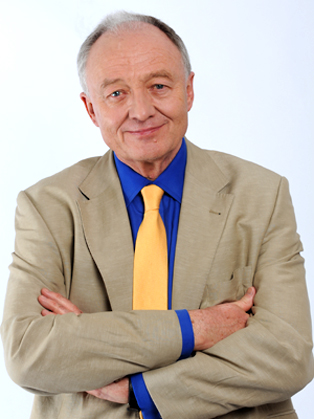 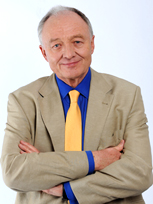 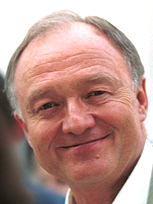 Ken is best known for being the first Mayor of London, as well as taking the decision to bid for the London to host 2012 Olympic Games, where he was instrumental to the bid's success.

Ken Livingstone was the first Mayor of London, a role he held from 8 years, only recently being narrowly edged out of the position by current Mayor, Borris Johnson. His time in office saw important moments, including the introduction of the congestion charge and advocation of public transport in an attempt to tackle London's traffic problems, the expansion of social housing in London, and successfully winning the bid for London to host the Olympic Games in 2012. Ken has also written three successful books, including "If Voting Changed Anything, They'd Abolish It".

Ken Livingstone has twice held the chief executive office in London local government. Firstly, as leader of the Greater London Council from 1981 until the council was abolished in 1986 by the government of Margaret Thatcher. Secondly, as the first Mayor of London, a post he held from its creation in 2000 until 2008. He also served as Labour Party Member of Parliament for Brent East between 1987 and 2001.

He was initially elected as Mayor of London as an Independent candidate after the Labour Party chose not to nominate him as their candidate in the first mayoral elections. In January 2004, he was re-admitted to the Labour Party. He stood as the official Labour Party candidate for Mayor in the June 2004 elections, which he won with a total of 828,380 first- and second-preference votes.

On May 1, 2008 Ken Livingstone was defeated in his second re-election bid by Conservative candidate Boris Johnson, and his term as Mayor of London ended on 4 May 2008.

Ken took the decision to bid for the 2012 Olympics and was instrumental in winning the games for London. Along with the government he led the preparation to deal with the 7/7 terrorist attack on London in 2005.

Ken currently co-hosts a radio phone-show on LBC 97.3 on Saturday mornings. On 4th May 2012 Livingstone was defeated in the London 2012 Mayoral Elections by the incumbent Mayor Boris Johnson. There was only a difference of 62538 votes between the 2 candidates with Livingstone receiving 992,273 votes and Johnson receiving 1,054,811 votes.