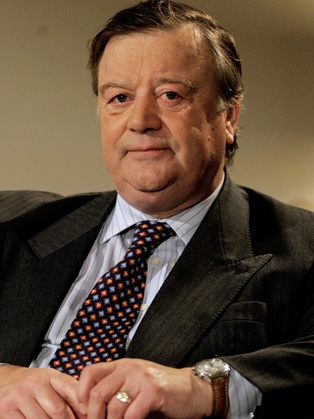 Kenneth Clarke CH QC is the Member of Parliament in Rushcliffe, and was first elected to the role in 1970. Ken is also the Father of the house, the title bestowed upon the MP who has served for the longest time in the House of Commons.

Kenneth Clarke read law at Gonville & Caius College Cambridge.  He was called to the Bar in 1963 and became a QC in 1980.

He has been the Member of Parliament for Rushcliffe since 1970.

Following the Election Mr. Clarke returned to the Conservative back benches and took on various senior non-executive business appointments.  He was appointed as the Chairman of David Cameron’s Democracy Task Force and became Shadow Secretary of State for Business, Innovation and Skills in January 2009.

Following the General Election in 2010 Kenneth Clarke returned to the Cabinet in the Coalition Government as Lord Chancellor and Secretary of State for Justice.  In 2012 until July 2014 he served as Minister without Portfolio, working to develop key trade relationships on the Prime Minister’s behalf, particularly the US/EU negotiations.  He had an advisory brief on the economy and also sat on the National Security Council.

He returned to the back benches in July 2014, when he was appointed a Companion of Honour.  As the Member of the House of Commons with the longest continuous service he is currently the Father of the House.

Away from the political sphere, he is well known for his love and knowledge of jazz.  He is also an ardent birdwatcher and a keen follower of cricket, football and Formula 1 motor racing.