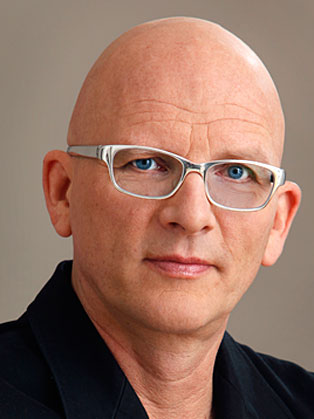 Dr. Kjell A. Nordström has 20 years of experience of working with multinational companies and has served as an advisor/consultant to several large multinationals throughout the world.

Dr. Kjell A. Nordström is the interpreter of the new world of business. He speaks to audiences all over the world, writes books and articles and reads – everything from Playboy to Architectural Digest to Pinter. His performances are high touch, dynamic, highly interactive, thought provoking and always in line with time. His dynamic style makes him a highly appreciated speaker through out the world.

Dr. Nordström holds a doctoral degree in International Business from the Stockholm School of Economics. His research and consulting focus is on the areas of corporate strategy, multinational corporations and globalization. Kjell Nordström has published three books and numerous articles on the internationalisation process of firms.

Nordström has been responsible for the International Business course at the Stockholm School of Economics and is one of the founders of the schools most prestigious management programs, "The Advanced Management Program - AMP". AMP is a five week top-management program that attracts the elite of Scandinavian executives.

His book Funky Business - Talent makes capital dance (co-authored with Jonas Ridderstråle) is a manifesto of what our time requires from business firms and their leaders. The book has been featured on CNN and CNBC, and appeared in Fortune, Fast Company, Time Magazine, Financial Times, Paris Match, etc. It is an international best seller, so far translated into 32 languages. Funky Business was rated one of the five best business books of the year, by both Amazon.co.uk and Management General, in 2000. The book was also ranked at number 16 in a survey of the best business book of all time.

Nordströms second book Karaoke Capitalism: Management for Mankind (co-authored with Jonas Ridderstråle) is another manifesto for how to make it in the world of Karaoke Capitalism. Individuals with endless choice dominate the karaoke economy. The trouble for business is that the karaoke club is also home to institutionalised imitation. Copycats abound. Only imagination and innovation place societies, organisations and individuals centre-stage. Karaoke Capitalism is a call to arms. To date Karaoke Capitalism has been contracted for publication in 23 languages.

With his colleague, Jonas Ridderstråle, he recently co-authored, Funky Business Forever, the long awaited update to the international bestseller. Funky Business Forever takes a look back on the later half of the millenniums first decade and provides evolved thinking and commentary in a way that is truly funky and down to business

Nordström and Ridderstråle are rebels with a cause. With their unorthodox combination of academic rigor, forceful logic and funky freethinking they once again re-write the rules for revolutionaries. This is a true workout for the wits. Their ideas and work have attracted huge media coverage throughout the world. They haves appeared on CNN’s “Global Office” in an extended interview exploring the ideas behind his books.

In the fall of 2014 his new book Urban Express, co authored by Per Schlingmann, was released. The authors have gazed into their crystal ball to see what the near future holds for the human race and civilization. They see a silent revolution, spearheaded by cities and women. They see multinational corporations being transformed into multi-urban corporations. They see urban becoming the new black and mayors becoming the prime ministers of our era. They spot the need for new, non-digital competences – “wild” knowledge that can’t be taught at universities. They see an era for women: women who, equipped with skills and mobile phones, are staking their claim in a society that’s on an express train towards urbanisation.

In 2015, Kjell was named one of the world’s most influential management gurus. He is ranked number 15 out of 30 Gurus. http://www.managementgurus.net/managementgurus30.php

Kjell A. Nordström is an extremely sought after lecturer. He enjoys everything from keynote presentations to leading smaller workshops with senior executives.