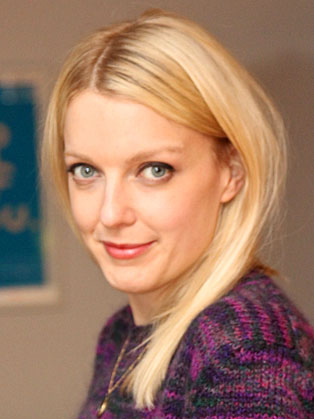 Lauren Laverne is best known for hosting a daily show on 6 Music.

Lauren Laverne began her career in indie band Kenickie while still at school. Following their split in 1998 Lauren moved into broadcasting. In radio her highly acclaimed stint as a DJ for leading London radio station XFM was followed by a move to BBC 6 Music, where she hosts a daily show.

Lauren Laverne, is an English radio DJ, television presenter, author, singer and comedienne. She presents a radio show on Radio 6 Music, and has presented television programmes including 10 O’Clock Live for Channel 4, The Culture Show and coverage of the Glastonbury Festival.

In her previous career as a musician, Laverne was best known for being lead singer and sometime guitarist in pop band Kenickie, although her greatest chart success came when she performed vocals on Mint Royale’s single “Don’t Falter”.