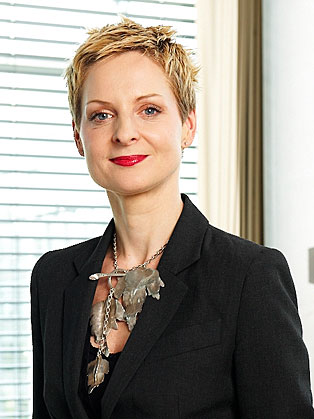 Linda Davidson launched E4 and Channel 4’s digital offerings and then became European IT Director for Discovery Networks. She now lectures and helps companies to deliver ROI from their online platforms.

Linda Davidson is a Canadian-British former actress, writer and media corporate. She played the wayward punk, Mary Smith in the BBC Soap Opera, Eastenders. Mary was one of the series’ original characters whom she played from 1985-1988.

Away from EastEnders, she appeared in various television programmes and on the stage, however she stopped performing in the late 1990s. she went on to work in digital media for the BBC and Channel 4 and then became a director of business strategy for Discovery Communications in the 2000s. By 2011, she had founded the ‘a bridge collective’ a network of broadcast and digital media industry experts.

Linda wrote for the BBC’s Tomorrow’s World who saw the potential for technology to tell stories in new ways, she dedicated her time to the intersection of television and the Internet. Linda helped to lead the development of it’s Drama and Entertainment channel when BBC launched it’s site.

She moved to Channel 4 where she launched E4. She led digital distribution deals and created the channels T4 and 4Music prior to moving to the Discovery Communications, where she became the Director of Technology, Strategy and Operations.

As the Director of Operations at the social media agency, Linda would help deliver ROI. She then went on to return to Channel 4 as a General Manager for their advising technology area and has since lectured at Ravensbourne University, London.