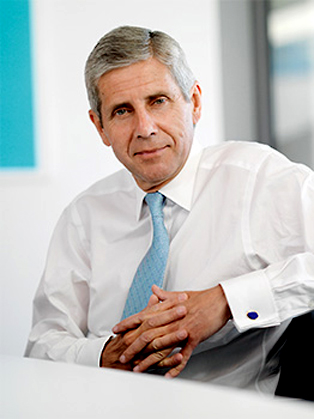 A leading light in retail, former CEO and Chairman of Marks & Spencer, now Chairman of Ocado.

Former Chief Executive and Chairman of Marks & Spencer, Lord Rose is recognised as one of the leading lights in British retail. He is now Chairman of the internet grocery retailer Ocado along with a number of other non-executive roles.

Beginning his career as a management trainee at Marks & Spencer, Lord Rose spent seventeen years at the high street icon before taking the helm of the Burton Group before the company demerged. Successful periods as Chief Executive of both Argos and Booker led to his appointment as Chief Executive at Arcadia Group, owners of Top Shop and BHS. Taking on a struggling and heavily indebted company, he turned the business around and presided over its sale, reportedly for £855 million, only two years later to Philip Green.

Lord Rose then returned to Marks & Spencer - this time to the top job and arguably one of the most difficult and scrutinised in UK retail. On arriving, he fought off a high-profile takeover bid. His energetic and charismatic leadership turned around declining performance and restored M&S in the affections of the British public, enabling it to weather the recession, with increasing profits and an enviable reputation.

Along with his noted business acumen, Lord Rose brought another kind of vision to M&S. He reinvigorated its fashion lines with new brands, the stores were redesigned, and the food department became a by-word for quality produce and service. The 'Plan A Initiative' committed the company to working with customers and suppliers to help combat climate change, reduce waste, use sustainable raw materials and trade ethically. Its vision and implementation - from reducing packaging to developing standards for sustainable farming - has set a standard for ethical, sustainable business.

Stuart was knighted in 2008 for services to the retail industry and corporate social responsibility and made a life peer, Baron Rose of Monewden in September 2014.