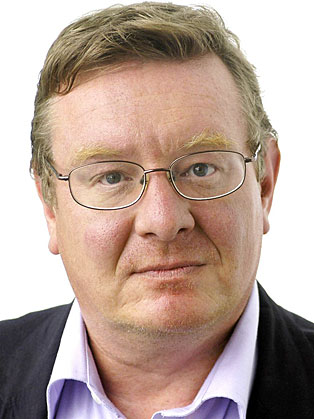 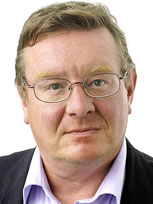 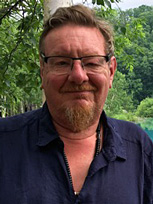 Mark Mardell has been at the forefront of reporting and analysing major word events for radio and TV for twenty five years.

Mark Mardell now presents the ‘world at one’ and ‘world this weekend’ on BBC Radio Four, and in 2019 broadcast a documentary series on the 45-year relationship of the UK in the EU, called “Brexit – a love story?” uncovering the factious yet intriguing story of Britain's relationship with the EU.

Mark Mardell joined the BBC’s political unit in 1989 just before Chancellor Nigel Lawson’s resignation. That’s when the roller coaster began.  As Newsnight’s political editor and then the chief political correspondent for the BBC’s main TV and radio programmes, he reported on the huge changes in British politics including the fall of Lady Thatcher, the rise of euroscepticsism, the formation of New Labour and the road to the Iraq war.

His weekly diary for “A week in politics” became a main feature of that show highlighting his acerbic humour, and occasionally odd fancy dress. He wrote a political short story broadcast on Radio 4 and a book for children on “how to succeed in TV”.

After the 2005 election he became the BBC’s first Europe editor covering the birth of the Lisbon treaty and EU politics in all its guises.  In 2009 he became the BBC North America editor, reporting on the 2012 Presidential election, the rise and perhaps fall of the Tea Party, and the twists and turns of Barack Obama’s foreign policy. He has made radio documentaries on the relationship between China and the USA, “Harmony and Hostility” and the future of the Republican Party broadcast on Radio Four. He’s fascinated by the intersection of domestic and international politics and has now returned to the UK to present “The world this weekend” and “world at one”.

In 2019, "Brexit - a love story?" aired on the BBC, this mammoth undertaking on the EU and the UK and how we arrived at this point in time. Mark uncovers the fractious yet intruiging story of Britain's relationship with the EU.