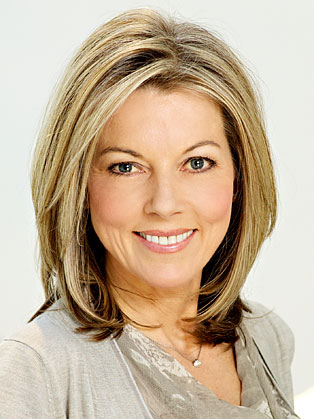 Mary Nightingale is a newsreader and television presenter, best known for her roles within ITV.

Mary Nightingale is an English newsreader and television presenter, best known for her roles within ITV, as a newsreader for ITN, and as a presenter of the daytime cookery series Britain's Best Dish in 2011.

Mary started her journalism career at TV Tokyo, working on World Business Satellite. She then went on to work for BBC World Service Television’s World Business Report as a presenter and writer, covering economic and corporate news. In 1994, Mary also worked for Reuters Financial Television as a presenter on the early morning financial programme. She worked for ITN in 1995, presenting weekend editions of their World News service.

She has also covered sporting events for the major UK television networks, including the BBC Two’s Ski Sunday – for which she covered the 1996 World Skiing Championships in Sierra Nevada. The following year, she had co-presented the daily evening highlights programme on the Rugby World Cup in South Africa for ITV.

Away from the newsroom, Mary presented ITV’s flagship holiday programme Wish You Were Here…? from 1999-2001 and also anchored The Really Good Food Show, I-Spy and Most Wanted. She has also co-presented Carlton Country, a factual series about life in the countryside, as well as the Holiday Programme on BBC One.