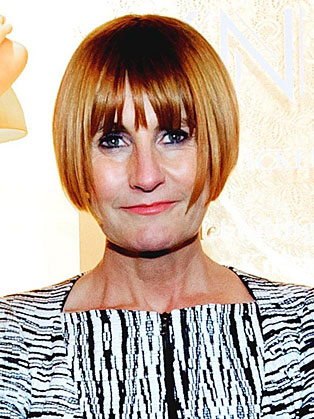 Mary Portas is an English retail consultant and broadcaster, known for her retail- and business-related television shows, and her appointment by David Cameron, the British Prime Minister, to lead a review into the future of Britain's high streets

Retail expert Mary Portas is probably the UK’s foremost authority on retail and brand communication. As founder of one of London’s most respected retail & brand communication agencies, Yellowdoor, Mary is recognised throughout the trade as the Queen of Shops.

After beginning her retail career as a Saturday girl in John Lewis, Mary later became responsible for windows and display at Harrods and then Topshop. Mary went on to join Harvey Nichols in 1989 and is credited with transforming the brand into the world renowned store and restaurant group it is today. After leading the transformation Mary left Harvey Nichols as Creative Director in 1997.

Her foresight and unique knowledge of brands, retail trends and consumer insights prompted her to launch Yellowdoor when she saw a need for integrated and creative brand communication in the retail, fashion, luxury and beauty sectors. Under Mary’s guidance, Yellowdoor has created category challenging campaigns for a wide range of brands on the high street including Clarks, Louis Vuitton, Oasis, Swarovski, Dunhill, Boden, Thomas Pink, Westfield London, and Patek Philippe.

In 2005 Mary was commissioned to write a weekly feature in the Saturday Telegraph Magazine – Shop! – reviewing the state of the nation’s shops. Mary now leads the panel judging the annual Telegraph Best Shops in Britain Awards, and her column has become one of the retail industry’s (and disgruntled shopper’s) definitive reads.

May 2007 saw the beginning of Mary’s television career with the launch of the BBC2 series Mary Queen of Shops, produced by Optomen Television. The show took Mary behind the scenes of the fashion retail world, challenging her to rescue a series of failing independent boutiques. A second series aired in Summer 2008 and, following their success, Mary was nominated for two Royal Television Society Awards.

In Spring 2009, Mary responded to the two critical crises facing our world – the financial and the environmental – in her own unique way, with the series Mary Queen of Charity Shops. Mary donned a Save the Children tabbard, taking the charity’s worst performing store – Orpington – and transforming it into it’s best. Mary has since become the Global Retail Ambassador for Save the Children and has pioneered a new type of charity shopping with her ‘Living & Giving’ concept – recently opening her third permanent Living & Giving Shop in London’s Primrose Hill.

In January 2011, Mary made the move to Channel 4 with a brand new series Mary Portas: Secret Shopper where she took some of the nation’s biggest retailers to task over their lack of customer service culture.  The series saw Mary don a wig and costume to go undercover to film for herself the way that customers are routinely treated by the big brands.

May 2011 saw Mary’s biggest challenge to date – she was commissioned by the Prime Minister David Cameron to lead an independent review into the Future of the High Street.  She delivered the report in December 2011, outlining 28 recommendations for rescuing the nation’s failing High Streets.  Government is due to respond in spring 2012, but have already announced that 12 towns will have the opportunity to become Portas Pilots – receiving the support of the Local Government Minister, Whitehall, and Mary herself, as well as a share of £1m.

Mary opened her own shop and launched her own clothing, footwear, and accessories collection in August 2011.  The collections received critical acclaim, and the process was featured in an observational documentary on Channel 4, called Mary Queen of Frocks.