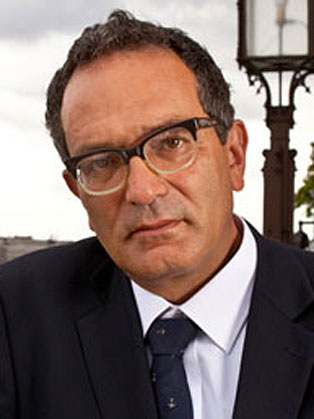 Maurice Glasman is an English academic, social thinker and Labour life peer in the House of Lords. He is a senior lecturer in Political Theory at London Metropolitan University and Director of its Faith and Citizenship Programme. He is best known as the originator of Blue Labour, a term he coined in 2009.

Lord Maurice Glasman started his career as a professor at John Hopkins University’s European centre in Bolgna. After the death of his father he returned to the UK and he became a senior lecturer in Political Theory at London Metropolitan University, and Director of its Faith and Citizenship Programme. Prior to his elevation, Glasman worked for ten years with London Citizens and through this developed an expertise in community organizing.

In 2011, he became Baron Glasman, of Stoke Newington and of Stamford Hill in the London Borough of Hackney, and was introduced in the House of Lord in March 2011, where he sits on the Labour benches.

Having joined the Labour Party in 1976, Glasman coined the term “Blue Labour”, defined by Glasman as a small-c conservative form of socialism, which advocates a return to what Glasman believed were the roots of the pre-1945 Labour Party by encouraging the political involvement of voluntary groups from trade unions through churches and football clubs. "Blue Labour" has argued that Labour should embrace patriotism and a return to community values based on trade unions and voluntary groups that he claims was evident in early Labour politics but was lost after 1945 with the rise of the welfare state. Glasman's role in the creation and promotion of "Blue Labour" is described in the book Tangled Up in Blue by Rowenna Davis.

In July 2011, Glasman called for all immigration to be temporarily halted and for the right of free movement of labour, a key provision of the Treaty of Rome to be abrogated. Following these comments, Blue Labour did lose some influence in the Labour Party, but comments on the New Statesman website showed that he had some rank and file support.

More recently, Glasman has established the Common Good Foundation, an organisation which is trying to bring together Christians of different traditions, fellow faith communities and interested parties from the secular worl to work better together and encourage each other to grow and flourish.