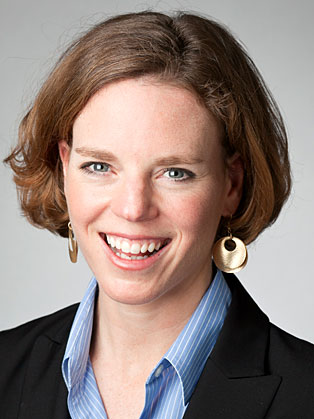 Megan Greene is the chief economist at Maverick Intelligence.

Megan Greene is the chief economist at Maverick Intelligence, which advises governments and companies on political, policy and macroeconomic developments.

Megan Greene is director of economic research on Western Europe and the eurozone at Roubini Global Economics. Megan’s research specializations include the eurozone debt crisis, the ECB, Greece, Ireland, Portugal, Spain, Italy and Germany. She regularly appears in broadcast and print media. From 2007-11, she worked as an economist at the Economist Intelligence Unit, serving as the company’s euro-crisis expert and focusing on developments in the PIIGS and Germany, as well as at the EU-level. Prior to working as an economist, Megan was a political risk consultant at Oxford Analytica, an investment banking analyst at JP Morgan Chase and an advisor to the Liechtenstein royal family on eradicating money laundering from the principality’s financial services industry. She holds a master’s degree from Nuffield College, the University of Oxford, and received a BA in political economy from Princeton University.