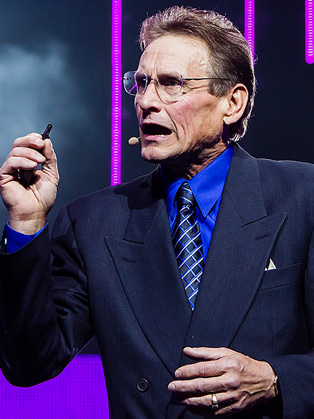 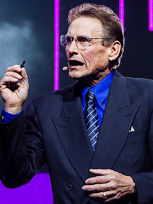 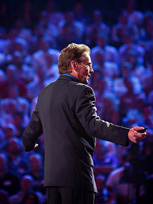 Michael Bergdahl is a professional international business speaker, author and turnaround specialist. Bergdahl worked in Bentonville, Arkansas for Walmart, as the Director of “People” for the headquarters office, where he worked directly with Walmart’s founder Sam Walton.

He is a turnaround specialist who participated in two successful business turnarounds at public companies. He received the Senior Professional in Human Resources (SPHR) lifetime certification from SHRM. He is a graduate of the Pennsylvania State University with a Bachelor of Arts Degree in Sociology / Behavioral Science.

Michael Bergdahl is considered an authority on the best leadership practices of Walmart & Sam Walton. He has been interviewed on CNN, CNBC, CNN FN, MSNBC, CNN International, Univision, CBS National Radio, and Bloomberg TV. He has participated in internationally televised news debates on “Power Lunch”, “On the Money”, “Morning Call”, and “Closing Bell”. Articles written by him, and articles written by others about him, have been published in business newspapers and magazines around the world. Bergdahl is the moderator of two LinkedIn discussion groups. The first is “Walmart’s Best Leadership Practices” and the second is “Sam Walton’s Best Leadership Practices”. His groups have a combined membership of 15,600 worldwide members and 5000 followers including: Retailers, FMCG/CPG Product Manufacturers/Suppliers, HR Professionals, & SC Professionals.

Michael Bergdahl is a professional international business speaker with substance, he is one part solid business content, one part inspiration, and one part storyteller. He presents Keynote Speeches, breakout sessions, half day programs, and full day Master Classes. He tailors his speeches to fit the conference theme.

He also presents an inspiring keynote speech about “Bringing Out the Best in You” based on his book, HEATKTE: High Expectations Are The Key To Everything.