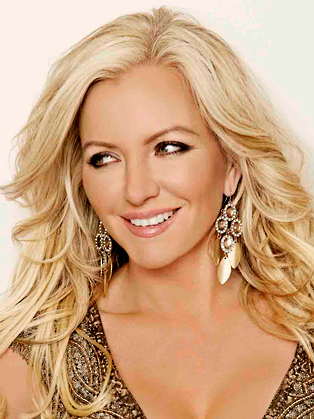 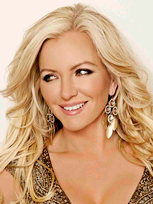 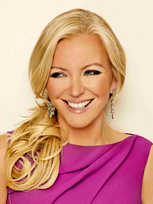 Michelle Mone is the creator of Ultimo, the UK's leading designer lingerie brand. Listed as one of the top 3 female entrepreneurs in the UK, Michelle has built a hugely successful career on an incredibly simple concept: giving today's women what they want. 2009 was a giant milestone for Michelle professionally; not only was Ultimo the first UK lingerie brand to debut on the catwalk at New York Fashion Week, but she opened 20 'shop in shops' within Debenhams in key cities throughout the UK and landed a mammoth deal with Tesco clothing to develop, design and manufacture 'Diamond Boutique' lingerie.

Baroness Michelle Mone OBE, is the co-owner of Ultimo Brands International and creator of Ultimo, one of the UK’s leading designer lingerie brands. Listed as one of the top three female entrepreneurs in the UK and honored by the Queen with an OBE for her contribution business, Michelle has built a hugely successful career on an incredibly simple concept: helping women look and feel their very best.

Entrepreneurial spirit was prevalent from an early age in Michelle, who grew up in the east end of Glasgow. Michelle left school at 15 with no qualifications to find full-time employment, after her father was struck down by an illness leaving him confined to a wheelchair. To support her family Michelle took on a job at Labatt Brewers’ and quickly climbed the ranks from office junior to Director for Scotland, running the Sales & Marketing team by the time she was just 22 yrs old.

But it was in 1996 when her idea for Ultimo was born. Whilst attending a dinner dance, Michelle was wearing a very uncomfortable cleavage-enhancing bra and as a result had a “light bulb” moment; Michelle decided to invent a bra that was more comfortable and cleavage enhancing than any other bra on the market. Ultimo was set up in November 1996.

Since launching the business Michelle has established herself as one of Scotland’s biggest exports; in 2000 Michelle won the “World Young Business Achiever Award” at the Epcot Centre, Florida, and then “Business Woman of the Year” at the Corporate Elite Awards in London.

In 2001 Prince Charles invited Michelle to join the Board of Directors for The Princes Scottish Youth Business Trust and more recently his Board of Main Council, confirming her status as one of the UK’s leading female entrepreneurs. Michelle also won “Best Newcomer” at the British Apparel Export Awards, presented by HRH the Princess Royal, adding to her long list of awards, accolades and recognitions.

In October 2005 Michelle attended a speaking engagement with former US president Bill Clinton and Mikhail Gorbachev, and went on to support the Sultan of Oman in setting up women’s enterprise in the Middle East. Michelle has since become a high-profile guest at speaking engagements and corporate events all over the world.

Over the years Michelle’s business has gone from strength-to-strength, developing beyond the original umbrella of Ultimo to encompass 13 patented “Miracle” inventions and brands including Ultimo Bridal, Ultimo Swimwear, Ultimo Shapewear and joint venture lines including Adore Moi for Debenhams.

In addition to its jointly owned brands, Ultimo currently supply Debenhams, Next, Littlewoods, ASOS.com, House of Fraser, Harrods and Bentalls, along with a number of independent lingerie stores throughout Europe.

After three years of intensive research and over £1million spent on development, Michelle recently launched into the world of beauty with two new product ranges. The first being UTan heralded as the best self-tan to hit the market by top beauty buyers from retailers across the UK. The second being USculpt developed by the world’s best beauty experts, the products are a fusion of technology and the finest ingredients to re-shape and re-sculpt the contours of the body, making problem areas a thing of the past. Most exciting is the Boobs Minus product, the first of its kind on the market. Michelle knows women and has made sure there is a solution for everyone’s body concerns. The Ultimo Beauty range is available in Selfridges, Boots, Harrods, Harvey Nichols, John Lewis, House of Fraser and Debenhams stores nationwide.

Over the years Ultimo has established a large and loyal customer base and contracts with a string of high-profile models and celebrities, including Penny Lancaster, Rachel Hunter, Helena Christensen, Sarah Harding, Mel B, Kelly Brook and their current celebrity model and wife of global superstar Michael Buble - Luisana Lopilato. Michelle has achieved over £0.5 billion worth of press coverage in 12 years.

Over recent years Michelle’s success has soared; not only was Ultimo the first UK lingerie brand to debut on the catwalk at New York Fashion Week in 2009, and landed a mammoth deal with Tesco clothing to develop, design and manufacture “Bra Queen” lingerie.

Recently, Michelle weathered a divorce, winning back control of the underwear empire from her now ex-business partner and husband, after buying him out of the business in February 2013.  Michelle has since forged a partnership with global lingerie giants MAS Holdings - one of the world's biggest producers of intimates.

Michelle has also become a popular media personality and television star having appeared on the likes of BBC’s Comic Relief Does The Apprentice, The Apprentice – You’ve Been Fired, and Celebrity Masterchef as well as ITV’s 71 Degrees North and Surprise Surprise. Most recently Michelle appeared as a panel guest on ITV’s political panel show The Agenda alongside UK Prime Minister David Cameron.

In March 2015 Michelle's autobiography was published "My Fight To The Top", she went on to gain a peerage in the same year. Since then, Michelle has been working behind the scenes with a technology company developing a piece of cutting-edge software. Soon to launch it is touted to revultionsise the way users interact on - and with - social media. The board comprises 8 global entrepreneurs, on with a majority share in Facebook and Michelle being the only female.