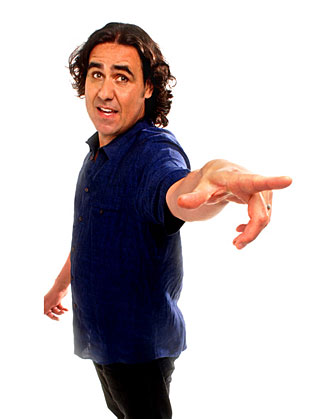 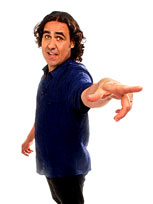 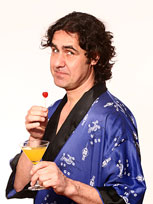 Micky is a one of the nations favourite comedians.

With bundles of self-deprecating charm and perfect timing, Micky wins over any audience with his stream of observations on life's little absurdities. He's been described as 'gut-wrenchingly hilarious' by The Mirror, and simply 'the future of comedy' by Frank Skinner. Micky claims an East End upbringing so impoverished that Alphabetti Spaghetti was a luxury. He's since gone from Billingsgate fish porter to appearing in Sainsbury commercials and marrying into the middle classes. Micky affectionately mocks the more rarified world he now inhabits and the characters he's (almost) left behind.

A professional stand-up since 1997, Micky Flanagan draws on his East End background as he ruthlessly deconstructs the Cockney myth with razor-sharp observational wit.

Micky’s autobiography comes out this autumn through Random House

Just completed a 150 date sell out tour of the UK and Ireland, promoted by Live Nation.

Star of The Royal Variety Performance, Comedy Central Special, Live At The Apollo, Comedy Road Show, Mock The Week, Radio 4 Series What Chance Change? & Have I Got News For You?