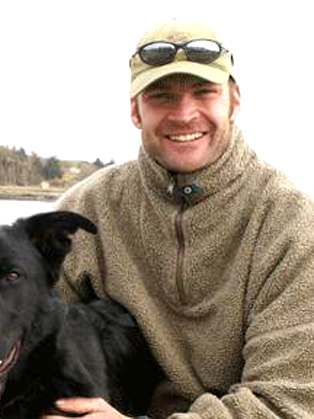 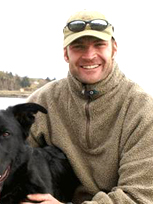 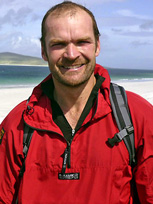 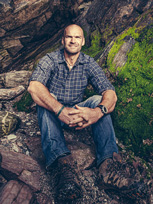 Monty Halls is a former Royal Marines Officer who worked on the peace process under Nelson Mandela.

Monty Halls has presented television series for the BBC, Channel 4, National Geographic and Discovery, and has written eight books covering his travels.

For the last two decades Monty has worked with companies, teams and organisations throughout the world as an advisor on group dynamics and leadership, with his latest initiative - Leaderbox - being a unique system to enable organisations large and small to easily and effectively deliver their own, in-house leadership training. He lives in South Devon with his wife and two girls - Isla and Molly - a team that continues to baffle and thwart him despite his best efforts. He was awarded the BIsh Medal for services to exploration in 2003.

Monty’s talks on leadership, his after-dinner speeches, and his seminars on team dynamics have been in high demand for two decades on the national and international circuit. His presentations are a wry examination of the perpetual challenge of leading well, and of maintaining world-class performance in a changing world.

In 2017 he continues to explore innovative ways to lead, and is working with the education system, with companies large and small, and with elite sports teams to create an innovative nationwide leadership and team building system. The system - Leaderbox - has received backing at the highest levels of Government, and reflects the constantly changing dynamic of the workplace and the ever-fluctuating modern business environment.

Twenty years of working with organisations large and small have resulted in a delivery that is fast- paced, thought-provoking, funny, and energising. His talks range from subjects as diverse as responding to failure, maintaining the aim in a changing world, how to generate and sustain momentum, and the common responses to stress that unite us all.

This year sees him front a new Channel 4 series that explores heroism, and the publication of a new book on some of the greatest feats of our forebears.

Monty combined entertainment, motivation and key messages, at the same time as meeting our brief 100%

The event went even better than we could have hoped and Monty was a delight. He has obviously spent some considerable time before the event, incorporating our key messages into his presentation and the resulting mix was both entertaining and informative. Our Execs were so pleased that we were able to find someone who could deliver a message with so much humour and honesty.

I have been attending these conferences for a decade, and that is the best presentation i've ever seen.