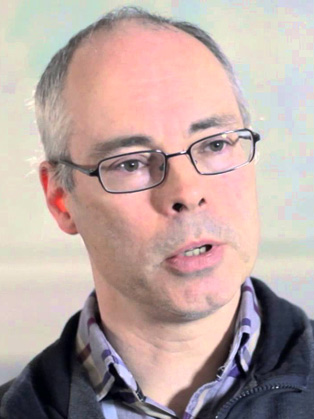 Murray Shanahan is a Professor of Cognitive Robotics at Imperial College London, in the Department of Computing. He researches artificial intelligence, robotics, and cognitive science.

Since then he has carried out work in artificial intelligence, robotics, and cogitive science. He was a postdoc in the Department of Computing at Imperial College from 1987 to 1991, an EPSRC advanced research fellow in the same department from 1991 to 1995, and a senior research fellow in the Computer Science Department at Queen Mary & Westfield College (London) from 1995 to 1998.

Murray went on to be Lecturer, then Senior Lecturer, then Reader in the Dept. of Electrical Engineering back at Imperial, rejoining Imperial's Dept. of Computing as Reader in 2005. He was awarded his professorship there in 2006. His publications span artificial intelligence, robotics, logic, dynamical systems, computational neuroscience, and philosophy of mind.

His work up to 2000 was in the tradition of classical, symbolc AI. But since then he has turned his attention to the brain and its embodiment. His current interests include neurodynamics, consciousness, machine learning, and the impacts of artificial intelligence.

His book "Embodiment and the Inner Life" (Oxford University Press, 2010) was a significant influence on the film Ex Machina for which he was a scientific advisor. He is a;sp active in public engagement and has been on Radio 4, Radio 5, Channel 4 (television), and on the BBC's 6 o'clock news, 10 o'clock news, and Breakfast Time.

Murray has appeared at the Cheltenham Science Festival, the World Science Festival (New York), and the Cambridge Festival of Ideas, and his work has featured in Focus magazine and (several times) in New Scientist.

In 2017 he joined DeepMind, retaining his professorship at Imperial College on a part-time basis.