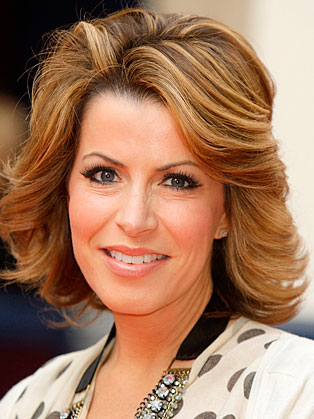 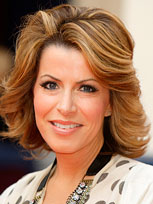 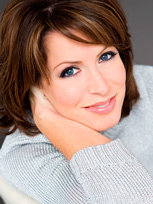 Natasha Kaplinsky OBE is known as one of television's best-loved broadcasters.

Natasha Kaplinsky OBE is currently a news broadcaster and a part of the ITN news team. Having since presented all of BBC One's main news bulletins, as well as broadcasts for Channel 5 and ITV, Natasha has also co-hosted Children in Need, The Proms and New Year Live for the BBC and appeared on Have I Got News For You. She also hosted the LWT current affairs show Seven Days, putting health, transport and housing ministers on the spot. Recently, Natasha reached national fame in another medium via winning the 2004 BBC talent series, 'Strictly, Come Dancing'.

Presenting Breakfast is a dream job, says Natasha Kaplinsky, OBE apart from one major draw-back: the working hours. Between 2002 and 2005, Natasha got up at 0315, to give herself time to prepare for the programme, which is live on air from 0600. Natasha joined Breakfast in November 2002, when Sophie Raworth left to become co-presenter of the BBC's Six O'clock News.

On 5 October 2007 the BBC confirmed that Kaplinsky had decided to depart the BBC to become a presenter of Five News and she presented her first broadcast on February 18 2008.

On 14 October 2010, Kaplinsky announced that she was leaving her job at Channel 5 at the end of 2010, having spent much of her three years at the broadcaster on maternity leave.

On 3 August 2011, it was announced that Kaplinsky would provide maternity leave cover for Nina Hossain, the main presenter of London Tonight and relief presenter of ITV News programmes from mid-November until Spring 2012, but has since become a permanent member of the news team, currently working on a freelance basis.

Natasha joined the BBC from Sky News. Before then, she worked for the London ITV station, Carlton.

After leaving Oxford, where she studied English, Natasha worked in the press offices of Neil Kinnock and John Smith before answering an advert to present early morning bulletins. Her talents were soon recognised and within six months she was anchoring Meridian's evening news programme.

Within the year, she was invited to host Carlton's London Today and London Tonight and their political programme Seven Days.

In November 2000 she joined Sky News and became a leading member of the team at the front of the Bafta award-winning Best News Channel of the Year.

On 18 November 2005, Kaplinsky hosted the BBC's annual Children in Need charity telethon, alongside Fearne Cotton and Terry Wogan, and again in 2006, on 17 November. In 2003, she made an appearance on Have I Got News For You.

In 2016 Natasha embarked on the mammoth task of recording testimonies of Britain’s last living Holocaust survivors and concentration camp liberators.

She interviewed more than a hundred people to ensure the memory and the lessons of the Holocaust are never forgotten.

In 2017 she was recognised in the Queen’s Birthday Honours List.

The interviews will be exhibited in an education centre in London and used in nationwide educational projects.