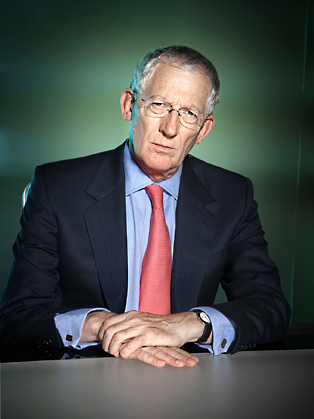 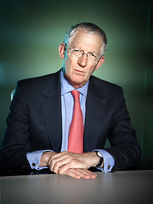 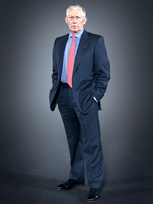 Best known for his revealing facial expressions, wonderfully dry wit, and a lifetime's worth of business expertise as Lord Sugar's right-hand man on the hit TV show, 'The Apprentice'.

Nick Hewer is the host of Countdown and was Lord Sugar’s right-hand man on The Apprentice for almost ten years. On the business reality contest Nick’s wry looks and deadpan comments became a favourite part of the show and revealed exactly what he thought of the contestants.

In the 1980s Nick Hewer’s PR firm was selected to represent Amstrad and soon became responsible for media handling of all Alan Sugar’s business and charitable activities. For over 20 years Nick played an integral part in Amstrad’s management structure. He also built a long and impressive client list, including the Secretariat of HH The Aga Khan and the wife of the ruler of Dubai, the late Sheikh Maktoum, as well a number of British and international companies.

After selling the business, Nick withdrew to his house in south west France; but having become firm friends with Alan, he was called to negotiate on his behalf with the Apprentice producers. The tables were turned when Sugar persuaded Nick to take an on-screen role and promised to negotiate his fees. “I fought hard against it,” he says, “but he cajoled me - in a muscular sort of way.”

Nick and his original opposite number Margaret Mountford became surprise stars of the hit show. Nick in particular took to television like a duck to water, amassing a string of credits from Have I Got News For You and Farm Fixer to Would I Lie to You? and being appointed host of Channel 4’s teatime institution Countdown. He also reunited with Margaret to look at The Town That Never Retired and The Trouble with Our Trains, and ask Too Many Immigrants?

A consummate awards host, Nick brings his sardonic style along with a whistle-stop look at his varied and often surprising career in business and broadcasting.

Nick Hewer was exceptionally brilliant. He delivered a good performance, was interesting to listen to and entertained our guests the way we expected.