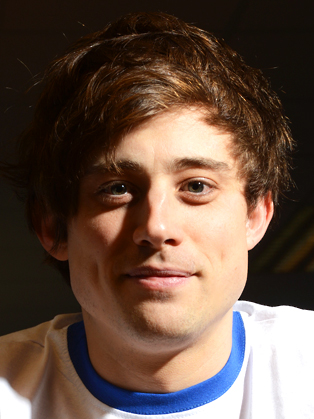 Nick Holzherr is a serial entrepreneur and the CEO of food tech company Whisk.com.

Nick Holzherr is the CEO of Whisk.com, a smart grocery shopping list application that allows users to send their lists into online grocery supermarket baskets with a few clicks. Since launching in June 2012, the company has won many of the UK’s biggest retailers, FMCG brands and digital food publishers as clients.

Nick has raised over $2m in funding from technology investors and pitched Whisk.com to Lord Sugar after getting to the final of the BBC Apprentice 2012, where he achieved the series' best task-win record.

In 2017 Nick was awarded an honorary doctorate from Aston University. Nick and his businesses have been featured in leading publications including Newsweek, The Guardian, The Telegraph, bbc.co.uk and The Next Web and have won multiple awards including a Cisco BIG award, The Drum’s "One to Watch" honours and The Grocer’s "Top New Talent" award.