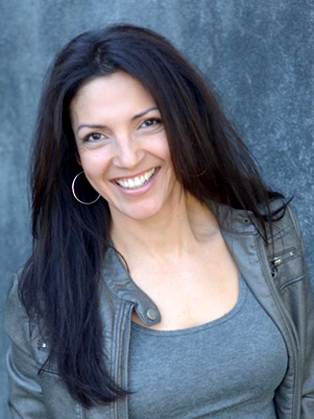 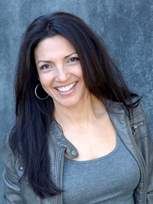 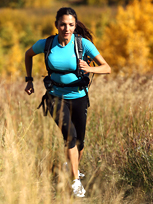 Norma is an ultra-marathon runner and philanthropist.

Norma is an ultra-marathon runner, and a woman who is determined to make and break records, whilst being a single Mum. Norma started out her mission to fight blindness, but now realises that she is here to show her kids to live life with passion. In 2014 Norma is setting a Guinness World Record triathlon; swim 80 miles, biking 3700 miles, and running 865 miles from Cancun to Washington DC.

On July 11, 2009, Norma became the fastest female in history to run seven of the planet’s most unforgiving environments on seven separate continents in seven months. Norma ran through the thick jungles of Brazil and the driest deserts in the world all in support of the blind and visually impaired.

Although this journey took her around the world, the cause is something that hits home for Norma. Three years ago, Norma’s oldest son Karl, now 14, was diagnosed with Cone Rod Dystrophy, a progressive condition with no cure. As a single parent supporting herself and her two sons, Norma found Karl’s diagnosis to be an emotionally draining experience. To relieve the stress, Norma began to run –and never stopped.

Norma was no stranger to challenges; she overcame poverty, rape, abuse and addiction. Now she faced an other opportunity to teach her kids the incredible strength of the human spirit.

Just over a three later, Norma run seven of the hardest ultra marathons on earth as an ambassador for her son and the millions of people around the world living with visual impairments. Norma sees the experience as a metaphor for the incredible trials faced every day by the visually impaired. “Ultras are tough physically and emotionally,” admits Norma, “but the challenge is only temporary. After I finish an ultra, my life goes back to normal. But people with visual impairments have to keep overcoming huge challenges every day of their lives.”  Norma finished her seventh race in Switzerland on July 11, 2009 and run 1272 kilometers in 7 months.

Norma has chosen to support CNIB, Foundation Fighting Blindness and Operation Eyesight Universal an international initiative to show her son Karl that he is not alone – that there are people around the world who are as strong and amazing as he is. She also believes her work will show both her children that we can all have a positive impact on other people’s lives and change the world around them. Some people may call her crazy, but Norma Bastidas is simply a mother who would go to the end of the world and back for her children.

Norma’s next, and soon upcoming, event is to set her next record. Norma is attempting to break Guinness World Record for the longest triathlon. Norma will set to start in March and at 33 times the length of an ironman, potentially taking her about a month and a half to finish.