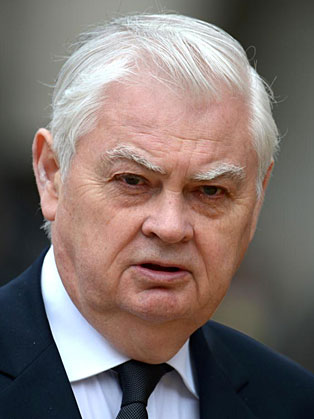 Norman Lamont is a British politican and former Conservative Member of Parliament for Kingston-Upon-Thames.

Norman Lamont, Baron Lamont of Lerwick, is a British politician and former Conservative MP for Kingston-upon-Thames. He is best known for his period serving as Chancellor of the Exchequer, from 1990 until 1993.

Norman Lamont was made Minister for Defense Procurement under Margaret Thatcher just before the signing of the first tranche of the Al-Yamamah arms deal disbursed millions of pounds of commissions to various parties.

Before entering Parliament he worked for N M Rothchild & Sons, the investment bank, and became director of Rothschild Asset Management.

Since 1996 Lamont has been Chairman of Le Cercle, a foreign policy think-tank that specialises in international security. It was set up after World War 2 and the group has members from twenty countries and included many senior intelligence experts. It also has a particular interest in War against Terrorism.