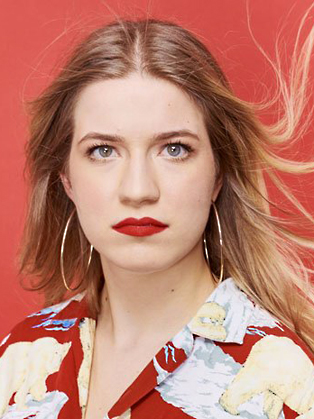 Olga Koch is best known for being an award winning comedian, host and presenter.

Olga Koch is sometimes a writer, actor and transatlantic provocateur alongside her comedic ways, being a presenter and a host.

Olga Koch arrived in the UK back in 2014 and quickly earned a reputation on the comedy circuit. She has lived in multiple locations – Russia, Germany, USA and the UK. She speaks confidently and hilariously on current affairs bother global and personal.

Olga trained at the UCB Theatre in New York, The Soho Theatre Young Company and The Free Association Improv Program and also holds a degree in computer science from New York University, which often has inspiration on her work.

She co-runs a monthly comedy night named “Joy Multiplication” and frequently appears on the Trashfuture podcast. In 2018, Olga performed at Union Chapel alongside Reg D. Hunter and Seann Walsh, recorded for Rob Delaney’s Stand Up Central on Comedy Central and she appeared on BBC Radio 4’s The Now Show.

Olga has written and starred in several BBC Three “Quickies” with one of her sketches attracting near enough 1 million hits. In 2018 she was nominated for Best Newcomer at the Edinburgh Comedy Awards for her debut hour, “Fight” which premiered at The Pleasance Courtyard. In 2019 she then proceeded to embark on a sell out tour of “Fight” and recorded the show as a special for BBC Radio 4.

Olga’s critically acclaimed second hour, “If/Then” was performed at Monkey Barrel in Edinburgh and she will be touring around the country in 2020 performing it. Olga has also appeared on Mock The Week, The Now Show, The Blame Game, BBC Arts Hour, Pls Like and King Gary.