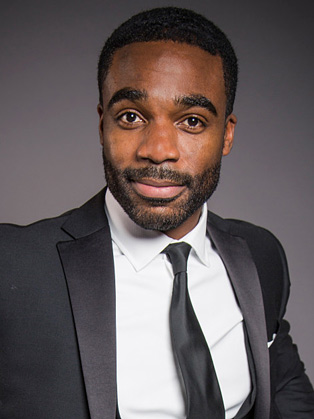 Ore Obuda is a British broadcaster and presenter and winner of Strictly Come Dancing 2016.

Ore Oduba is a British television news and sports presenter, currently working for BBC Sport. He is best known for presenting the BBC children's news programme Newsround from 2008 until 2014. Winning Strictly escalated Ore's popularity and his career has rocketed ever since.

An exciting broadcaster and experienced live host, Ore is a familiar face across prime time and daytime. From BBC1’s Saturday night gameshow And They’re Off for Sport Relief to quiz show Hardball, The One Show and This Morning on ITV, Ore has presented some of TV’s biggest shows.

Amongst BBC Radio 2’s popular family of presenters, Ore has regularly deputised for the likes of Zoe Ball, Steve Wright and Claudia Winkleman. He’s also a familiar face at London’s famous Royal Opera House where, together with former Prima Ballerina Darcey Bussell, he hosts Cinema Screenings of the finest productions from the Royal Ballet, regularly watched by millions of viewers around the world.

Ore's authority and reliability, coupled with countless hours of live broadcasting under his belt, has also seen him front some of the biggest national events, from the Royal Wedding of Prince Harry and Meghan Markle to New Years Eve with Bryan Adams and One Love Manchester, all for BBC1.

Like many of the UK's leading broadcasters, Ore's varied and versatile career began in children's television. Since then he has also been recognised for his work with BBC Breakfast, BBC Sport and BBC Radio 5 Live.

Most recently Ore has stepped in to co-host ITV This Morning.