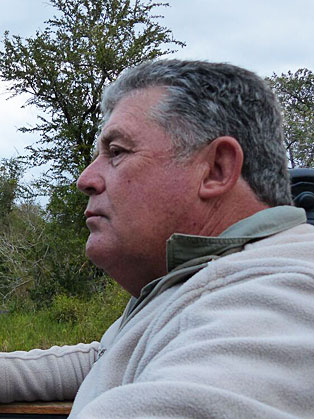 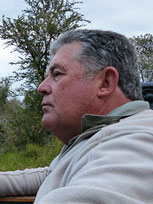 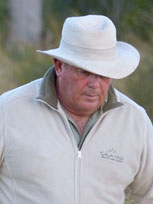 Paddy Hagelthorn is a Wildlife Photographer.

Paddy has spent the last 26 years in South African private game reserves, conducting safaris, managing lodges and training rangers. His wealth of experience in the African bush has enriched his innate talent for seeking out and understanding wild animals.

Paddy Hagelthorn was born and educated in Zimbabwe, formally Rhodesia, where he did his National Service after school. From a very young age he took a lively interest in all wildlife and the African bush and knew this was where his future lay. He left Bulawayo in 1983 and came to South Africa where he soon moved to the bush to fulfill his passion for wildlife. His lifestyle in the African bush has afforded Paddy the opportunity to indulge in his other highly successful interest – wildlife photography.

His photographs have been published widely in various magazines and he has featured in the Top 10 Agfa Awards. For the past five years, Paddy has contributed to wildlife calendars and postcards and has exhibited in Europe and at Holland & Holland's Showroom in London. Paddy’s pleasant, easy-going nature and sense of humour endear him to all the guests at Savanna and his skill as a raconteur results in many enjoyable evenings spent re-living exciting animal encounters.

Paddy Hagelthorn was one of the founders of the Savanna Private Game Reserve in the Sabi Sand where he has worked for the past 18 years. Before that he spent seven years living in Zimbabwean bush and then a decade working with the Varty family at Londolozi and CCAfrica.