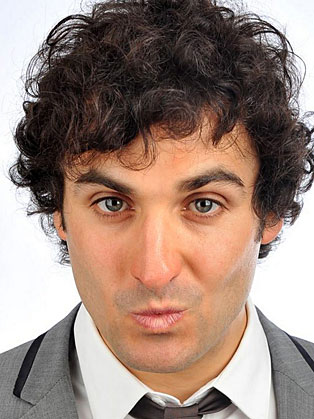 Patrick Monahan is a regular on the UK comedy circuit, playing venues such as the Comedy Store, Jongleurs, The Glee club to name just a few, Patrick has also performed in Europe and on the International comedy scene. A great observer of life and people, Patrick's mixture of charm, cheek and improvisation has made his a popular live performer with over half a dozen Edinburgh shows and performances from Luxembourg to Qatar to his name.

Patrick started off on the glamorous Irish/Iranian/Geordie stand-up circuit where he developed his chatty & friendly, story telling style.

Patrick regularly performs in most comedy clubs across England from Newcastle to Devon, as well as in Scotland, Ireland, Wales & Jersey.

As well as a regular TV & studio warm up - on shows such as 'Friday Night Jonathan Ross', 'The IT Crowd', 'The Lenny Henry Show', 'Davina', 'Open House with Gloria Hunerford', as well as a regular MC at selected venues on the comedy circuit.

He's also appeared as a contributor to nine out of twelve episodes of Channel Five's 'That's so Last Week'. He has also appeared on BBC's Destination Unknown', 'Malai Monologues' and as a panel member on the comedy quiz show 'Sudoko Street Challenge'.

"He moves around the stage like a boxer working a ring, covering all angles and staying light on his feet. He is a walking advert for world harmony. Hearts will be broken, socks will be laughed off."
- The Scottish Herald 2005