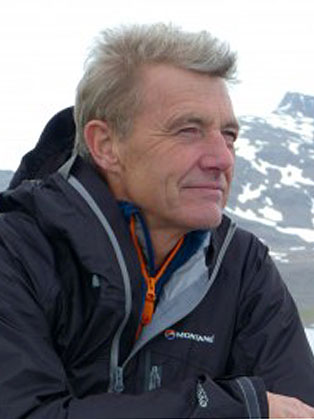 Paul is best known as a TV Explorer and Environmentalist.

A man at the front line of exploration and one of the world’s most experienced divers and polar travellers, Paul Rose has been helping scientists unlock global mysteries for the past 30 years in the most remote and challenging regions of the planet. Paul’s other ventures include a series of television presenting credits, which include; Oceans, Voyages of Discovery, Take One Museum, Meltdown and Wind. He reports for BBC News and has made live appearances on BBC Breakfast, BBC 24 News, Sky News and local TV News. With unique access across a wide range of expert fields, Paul is constantly working to raise awareness of global issues such as the understanding and protection of our ecosystems and biodiversity, climate change and sustainability. He is an award-winning champion for inspiring and motivating the next generation of field scientists and explorers.

Paul is a man of many talents and has thrived on a lifetime of exploring, adventure, travel and enquiry. He is completely genuine, enthusiastic, hard working and fun.

He was the Base Commander of Rothera Research Station, Antarctica for the British Antarctic Survey for 10 years and was awarded HM The Queen's Polar Medal. For his work with NASA and the Mars Lander project on Mt Erebus, Antarctica he was awarded the US Polar Medal. The Royal Geographical Society presented The Ness Award to Paul - "For the popularisation of Geography and the wider understanding of our world".

Paul's consultancy service specialises in providing leading edge thinking to align business with global sustainability issues. He is an expert at communicating and de-mystifying complex subjects. He is an informed and passionate conservationist, working hard to support our understanding and protection of our ecosystems and biodiversity.

In November 2010, Paul headed to Antarctica in support of science for his 13th Antarctic season. For eight weeks, Paul will work with his science colleagues from Scripps at University of California USA and the National Institute of Water and Atmospheric Research NZ on a National Science Foundation funded climate change project. From Christchurch in New Zealand to the USAP research station, McMurdo, they were then deployed by helicopter into the most extreme desert on Earth, the Dry Valleys.