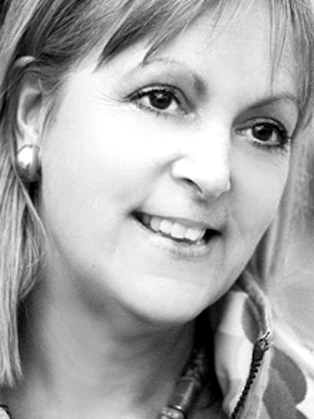 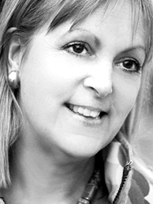 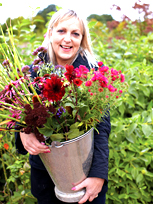 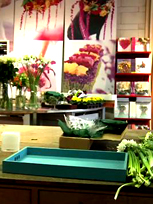 Paula Pryke OBE is a successful author and florist.

Paula runs a successful flower business which has a reputation for innovative floral designs. She has been described as "the most brilliant florist in London". Paula runs a flower school in London and is the author of numerous best-selling books on the subject.

Paula Pryke OBE’s entry into the world of flowers in 1987 coincided with a movement away from formal arrangements that had held sway for so long, and Paula’s reputation for cutting edge innovative floral designs grew rapidly, making her work known throughout the world.

As well as her own shop she has a concession at Liberty in London’s West End, and also on the Conran forecourt at Brompton Cross. Sir Terence Conran has been a huge fan of Paula’s work since the early nineties.

She has been featured in all the leading magazines and she now contributes regularly to Sainsbury’s Magazine and English Garden. Among the awards she has received are ‘Most Brilliant Florist’ (Evening Standard), ‘Best Florist in London’ (Tatler) and ‘Ambassador for the Floral Industry’ (NFU) together with nominations by The British Council and The Royal Society of Arts’.

As well as teaching internationally acclaimed courses, Paula has written seven best selling books that have all been translated into 13 different languages. Wedding Flowers was published by Jacqui Small Books in spring 2004 and Classic Paula Pryke by Mitchell Beazley in 2004. She is always in great demand for demonstrations in Japan and the USA, and has made innumerable appearances on television in the UK and overseas.