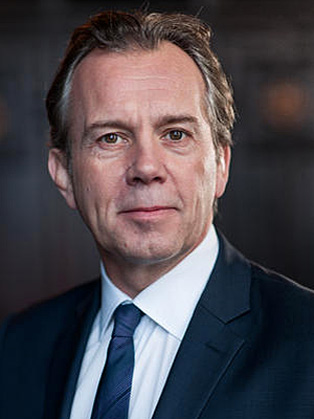 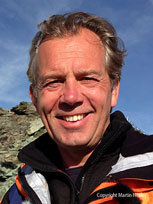 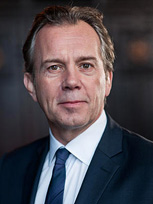 World Class Explorer Pen, is an inspirational speaker, bestselling author of ‘Solo’, and pioneering founder of Geo Mission, the environmental sponsorship organisation, and The Polar Travel Company, the first specialist Polar guide service. Pen is an established and talented speaker, executive coach and business mentor, and has worked with Coutts Bank, Team GB, British Airways and Savills to name a few.

One of the foremost explorers in the world, Pen rose to fame in 2003 when he became the first person to trek solo, without resupply by third parties, from Canada to the North Geographic Pole. It was his third attempt in over 15 years of ever-more focussed effort, and involved a journey which spanned 480miles across the Arctic Ocean’s disintegrating sea ice and took 75 days alone on the Arctic Ocean, one of the world’s most extreme environments.

Just nine months later Pen partnered an ex-French Foreign Legionnaire on a new route to the South Geographic Pole. The expedition raised nearly US$500,000 for the Royal Geographical Society and made Pen the only Briton to have trekked, without resupply, to both the North and South Poles.

Back in 1995, Pen had founded The Polar Travel Company, a specialist polar guide service to enable people from all walks of life to undertake their adventurous Arctic and Antarctic dreams.

By 2009 Pen's specialist polar expertise, combined with his concern for the rapid melting Arctic Ocean sea ice, led him to form Geo Mission, a pioneering environmental sponsorship organisation, which delivered the US$10 million, multi-award winning series of Catlin Arctic Surveys (2007-2012) that investigated the rates, causes and global impacts of the rapidly depleting Arctic sea ice. His leadership of this ground-breaking research initiative led to his 'Hero of the Environment' award from TIME magazine.

Thanks to his record-breaking exploits, high-profile environmental research, and engaging personality, Pen is now in considerable demand worldwide as an inspirational and motivational speaker, delivering memorable, thought-provoking and engaging talks on executive performance in challenging business environments, keynotes on the challenges environmental change presents to businesses and leaders, and after-dinner talks on life as an explorer. Pen also provides executive coaching and personal mentoring services.

While Pen’s speaking services often centre on inspiration, personal and team performance and environmental responsibility, each presentation is tailored and may include:

• Motivation – finding it & keeping it

• Peak Performance (in the toughest environments)

Pen’s talks are delivered with humour, passion and thought-provoking insights. Audiences quickly appreciate Pen’s approach is all about engaging with their situation – their fears, challenges and dreams. It is not about recounting what Pen has done but offering something of real value – relevant insights made memorable in an entertaining way and delivered with impact. With the option of supporting dramatic images and film footage, Pen’s ideas resonate far beyond the event.

You have a gift – and you should use it. Few can communicate with a level of engagement and intensity like that.

Pen Hadow’s experience was genuinely inspirational and motivating. Having launched Marks and Spencer’s Plan A initiative on the need to tackle the enormous challenge of climate change, it was fantastic to hear from someone who has experienced global warming issues with their own eyes.

Pen was amazing, just amazing, richard was extremely impressed with his presentation and Pen himself. I thought he was utterly charming and a real gentleman, he was an outstanding speaker and we have received many compliments on his presentation. It was a real pleasure to meet him. Thank you both so much.