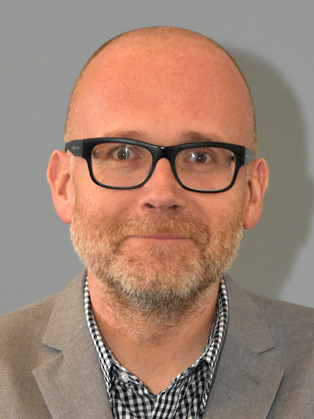 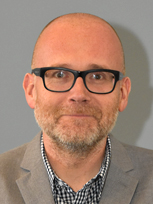 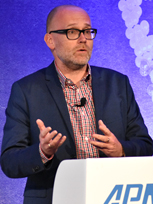 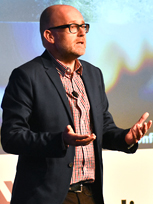 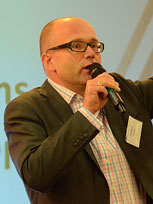 Involved in corporate communications for over 17 years, as both a supplier of services to some of the most prestigious business leaders in Europe and also as a buyer for organizations such as Deloitte and Bausch + Lomb. Pete Morris creates comfortable and engaging rapport through his vast expertise in conference hosting and facilitation. He is also an outstanding speaker coach and communications speaker.

Pete Morris is able to create a truly remarkable rapport with any kind of conference audience.

He is a vastly experienced conference host and facilitator, as well as being a highly sought after speaker coach and communications expert. He has been involved in corporate communication since 1999, and works with many organisations on how they can turn their vision into a tangible result. He now runs his own Communications agency, The PMC.

Pete’s projects were often cited by Deloitte staff as being one of the key reasons for employee retention and engagement, as well as Deloitte’s high rankings in the Sunday Times ‘Top 100 Companies To Work For’.

From there, Pete progressed to one of the UK’s leading training and communication agencies where he was responsible for working on global communication campaigns, speech writing, speaker coaching, producing corporate videos and leadership development.

It was here that Pete first gained his reputation of live conference hosting. He has worked in this area across all sectors – banking, professional services, media, pharmaceutical, retail, entertainment and publishing. He has hosted international conferences for audiences of over 4,000 and also facilitated at board level meetings of less than 20 people.

Pete’s strength is in taking the objectives of the conference and making sure that every single member of the audience walks away ready to take action on them. Not because they have been told to, but because they want to.

He is able to energise an audience and have them reflect on the key objectives of their conference. He is often used by his clients as an on stage interviewer with their leaders.

He has interviewed many global leaders, sporting icons, celebrities and musicians both on stage and on film.

Most of Pete’s clients use him before, during and after their conference to ensure that key messages will stick, Pete’s client list includes: Sky, Levis, Bausch + Lomb, Barclays, HSBC, Citi, KPMG, MTV, BNP Paribas, EE, Disney and many more...

He has also worked on speeches for and with Alastair Campbell, which he  describes as his greatest communication challenge!! More recently, he has  been working with the Sky Sports News Team as well as developing speeches for some high profile sports and media personalities.

Energetic, enthusiastic and sometimes provocative, Pete is an outstanding choice to host any type of live forum.

It’s quite unusual to come across a team of people who know how public speaking really works, but Pete and his guys do.

An outstanding choice to host any kind of business conference. He knows exactly how the game works.

Pete has a unique ability to put himself in the shoes of the presenter AND the audience, meaning that he’s totally focused on any of YOUR content hitting home, he’s not just at the front of the room announcing the next presenter, it’s so much more than that.

Pete is not only very good at facilitating a conference, he can sense the right mood and judge what is needed, to turn it into a hugely comfortable experience for presenters and most importantly, the audience. He is also friendly, funny and constructive.