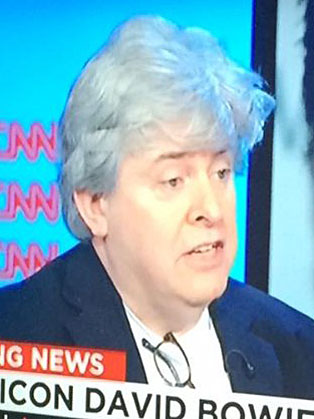 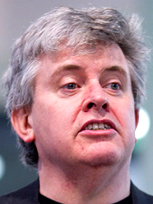 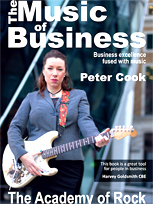 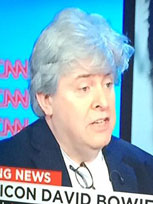 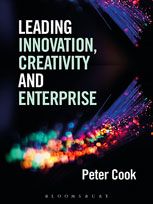 Peter is the leader of Human Dynamics and the Academy of Rock, author, business academic and life-long musician

Author of eight books, including "Leading Innovation, Creativity and Enterprise", Peter delivers bespoke masterclasses that fuse together his passion for music to facilitate businesses with leadership, strategy, innovation and creativity. Peter uses a rich mix of business intelligence with the power of music to inspire, inform, and engage his audience in ways that stay with them forever.

Peter Cook leads Human Dynamics and The Academy of Rock, a creativity and innovation management consultancy. Business and Organisation Development, Training and Coaching plus Keynotes which blend leading ideas on business with the power of music, be it rock, jazz or classical. Peter delivers conference keynotes and masterclasses to some of the world’s top businesses and including Johnson and Johnson, Electronic Arts, Pfizer, Laing O'Rourke, GSK, BP, Roche, The UN and Imperial College London.

Author of 8 books, including "Leading Innovation, Creativity and Enterprise", "Sex, Leadership and Rock’n’Roll" and "The Music of Business", acclaimed by Professors Charles Handy and Adrian Furnham, Harvey Goldsmith and Tom Peters. Peter appears on BBC TV / Radio, Bloomberg TV, The FT, Independent et al. with his ideas. He has won an award for his work from Sir Richard Branson.

Peter has followed three concurrent passions over 30 years: science; academia and; business: Peter started out leading innovative Pharmaceutical Product Research and Development teams to bring multi-million dollar life-saving drugs safely to the market including the first treatment for AIDS, trouble-shooting businesses and starting up factories around the world, internal business, organisation development and change consultancy, writing and tutoring for Business Schools at MBA level for blue chips, as well as writing and performing music.

He is also an accomplished rock, pop and jazz musician, having performed alongside Bernie Tormé, John Otway, Wilko Johnson, The Fall and Patti Russo, Meatloaf's long term singing partner and performer with Queen and Cher. He helped Bill Nelson, leader of pop art band Be-Bop Deluxe, to sell out an ITV Legend’s concert. He also sponsored ‘The Real Spinal Tap Tour’ - an entrepreneurial adventure to go on a record breaking rock’n’roll world tour – This was an unmitigated disaster, but the story of this comedy of errors has powerful lessons for entrepreneurs and leaders trying to do new things.

Peter's talks can be accompanied by a roster of class A rock stars and session musicians, with pedigrees performing with Roger Waters, Mike Oldfield, Ozzy Osbourne, Ian Gillan, The Doctors of Madness, Queen, Meatloaf, The Damned, Celine Dion, Anastasia etc.

Peter is a charismatic management guru who is adept at delivering simple but effective management advice in an entertaining and fun way using a microphone and a guitar.

Andy Hawkes, Trustee and Director at International Institute of Risk and Safety Management

We asked Peter to provide two keynote sessions as part of launching a new innovation space for the company. The event called for something more that just another presentation on innovation. Peter's session was both informative and it engaged the audience in an effective way. Additionally, the brief musical interaction was very well received with spontaneous audience participation from a relatively small group. The Academy of Rock promises a blend of intelligent fun and that's what they delivered.

Highly engaging, if you are looking for a speaker for your event that will give you the "wow" factor, Peter is your man. As a former MBA student, I have used Peter's work without realising it at the time - and I am still using things that I learned on that course today.