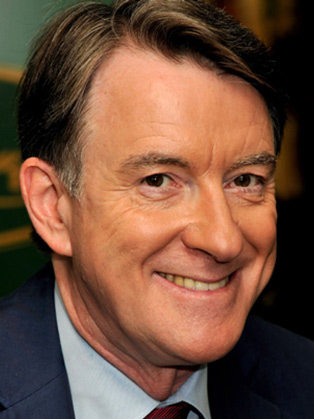 Lord Peter Mandelson is a British politician, who was a leading adviser to British Prime Minister Tony Blair, a member of the British House of Commons (1992–2004), and business secretary (2008–10) under Prime Minister Gordon Brown.

Lord Peter Mandelson is a former European Trade Commissioner and British First Secretary of State. As Trade Commissioner between 2004 and 2008, he negotiated trade agreements with many countries and led European negotiations in the WTO Doha World Trade Round.

Peter was Member of Parliament for Hartlepool in the UK from 1992 until 2004 and Director of Campaigns and Communications for the Labour party between 1985 and 1990.

He became President of the Great Britain China Centre in 2015, this non-departmental public body encourages dialogue and collaboration between Britain and China. He is also President of the Policy Network think tank and Senior Adviser to Lazard.