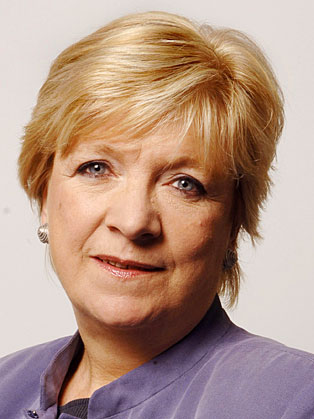 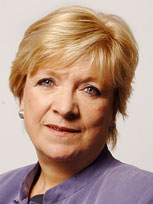 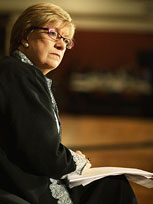 Polly Toynbee is a British journalist and writer, and has been a columnist for The Guardian newspaper since 1998.

Polly Toynbee is a columnist for The Guardian. She was formerly BBC social affairs editor, columnist and associate editor of the Independent, co-editor of the Washington Monthly and a reporter and feature writer for the Observer.

After leaving full-time education Polly Toynbee worked first for The Observer and then for many years at The Guardian before joining the BBC where she was Social Affairs Editor from 1988 to 1995. She then joined The Independent before re-joining The Guardian where she has been since 1998, writing a frequently controversial column.

She generally supports New Labour and often writes and speaks on the issues that concern humanists: the rise of religious fundamentalism; faith schools; equality; secularism.

She has written a number of social commentary books including, in 2003, Hard Work: Life in Low-Pay Britain about an experimental period voluntarily living on the minimum wage.