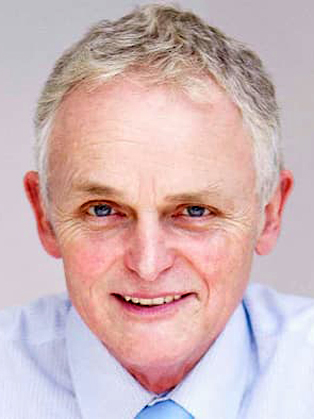 Professor Steve Peters is a Consultant Psychiatrist and best selling author of the personal development book ‘The Chimp Paradox’ working in Elite Sport.

Steve has an unparalleled reputation for giving people an edge – as well as the confidence to overcome defeat. His specialist interest is in the working of the human mind and how it can reach optimum performance applied to all walks of life. He works with Liverpool Football Club, England Football and Sky ProCycling, and has current and past involvements in many other Olympic and non-Olympic Sports, including British Cycling, England Rugby, World Championship Snooker and Premier league Football.

Professor Steve Peters’ career began teaching mathematics and then moved on to medicine. He has worked in the clinical field of Psychiatry for the past twenty years, including as Clinical Director of Mental Health Services at Bassetlaw NHS Trust, culminating in working at Rampton Secure Hospital. Steve has been with the University of Sheffield as a Senior Clinical Lecturer since 1994, where he is now Undergraduate Dean of Sheffield Medical School. He holds degrees in Mathematics, Medicine and Medical Education (Masters Degree) and also postgraduate qualifications in Sports Medicine, Education and Psychiatry.

Steve has worked closely with many of the UK’s most prominent athletes, including Sir Chris Hoy and Victoria Pendleton. In addition to his extraordinary success with British cycling, he has worked on twelve other Olympic disciplines as well as with Premier League and English national rugby and football teams.

His focus now is on how the mind can enable us to reach optimum performance in all walks of life. Working with sportspeople at the top of their game, he gives them the confidence to come back from defeat and out-perform the opposition whilst controlling negative aspects of their psyche.

Chris Hoy, Victoria Pendleton and Bradley Wiggins have all attributed their success to Steve. He has been described as a “Genius” by Team GB cycling coach Dave Brailsford. Away from the track and the pitch, he has assisted the Police and the NSPCC, he continues his academic role as the Undergraduate Dean of Sheffield Medical School, and has also worked with groups as diverse as maximum security prisoners and the fire brigade.

In his Keynote Speeches as in his book The Chimp Paradox, Steve explains his method to help us understand and control our ‘inner chimp’ - the irrational, impulsive, seemingly impossible part of our mind that often holds us back. Examining motivation, confidence and communication, he shows that competition is as much in the mind as it is in the field or on the track - or in the office. He believes that whatever your job or role, you need to focus on the person before anything else.

For fun, Steve competes in Track and Field Athletics and has held multiple World Masters Champion Titles and World Records over the 100, 200 and 400 metres.